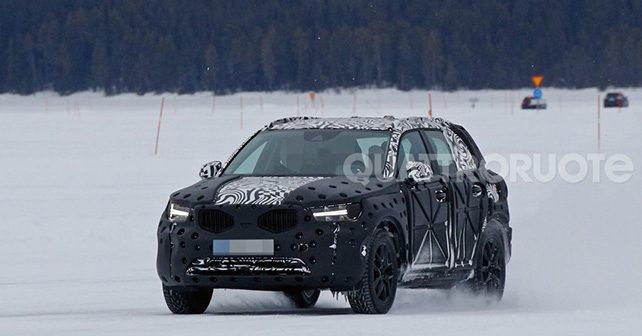 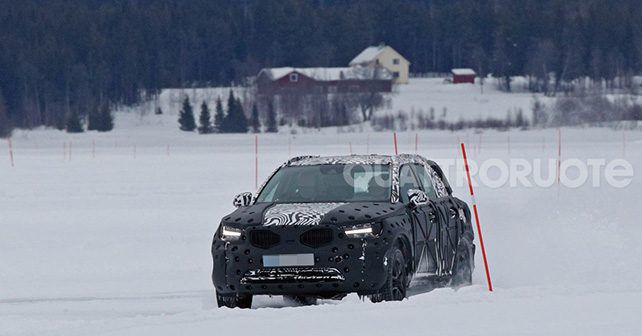 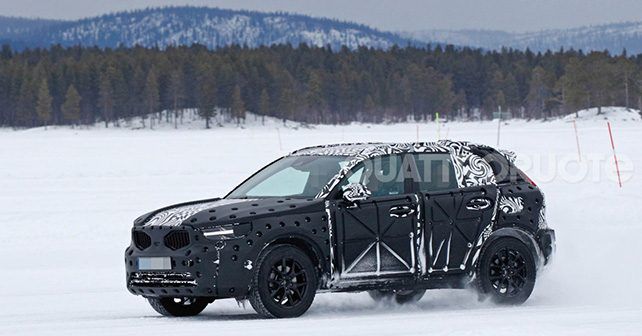 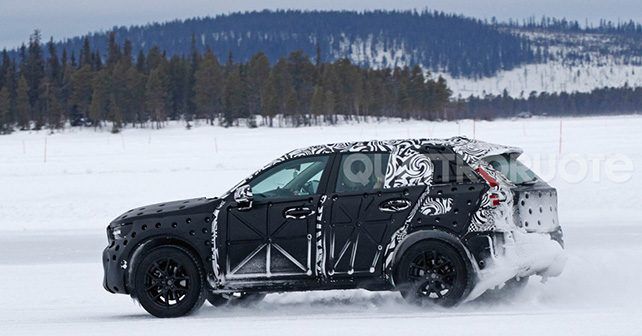 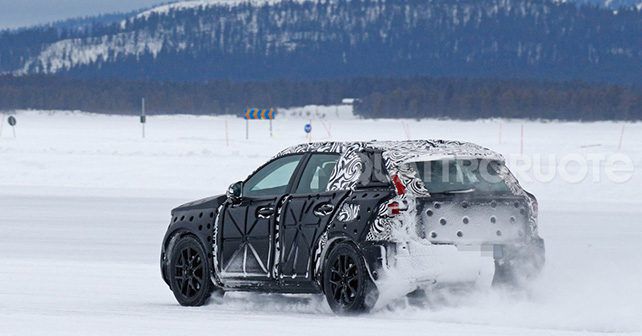 Volvo managed to create a lot of buzz when they showcased the XC60 at the 2017 Geneva Motor Show, but the SUV fever doesn't end there as they are also working on an all-new compact SUV, the XC40, which will go up against the Audi Q3, BMW X1 and the Mercedes-Benz GLA. Well, the good news is that our magazine partners, Quattroruote, caught the new XC40 doing winter tests in the snow.

As expected the XC40 was heavily cladded, but going by the headlamps, front grille and design, it does resemble the 40.1 concept car revealed in May 2016. Like the XC40, the new S40 sedan and V40 hatchback too will be based on the all-new platform, the Compact Modular Architecture (CMA). This new platform was build by Volvo in partnership with parent company Geely. According to the Scandinavian manufacturer, the platform is designed specifically to accommodate future technologies in the field of connectivity, electrification and autonomous driving. It also offers improved and refined driving dynamics.

Volvo have confirmed that the XC40 will get a Twin Engine plug-in hybrid variant, along with a new 1.5-litre turbocharged three-cylinder petrol and a four-cylinder diesel. The Volvo XC40 is expected to break cover later this year and make its debut in early 2018