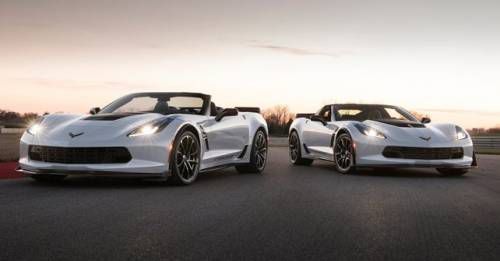 It's the Chevrolet Corvette's 65th birthday, so, here's a special edition version with lots of carbon fibre!

The Chevrolet Corvette will be celebrating its 65th anniversary in 2018. Although there's still some time left for its actual 65th birthday, its maker thought now is the right time to commemorate the occasion. And, so, here comes the Carbon 65 Edition – an anniversary special Corvette that will be limited to just 650 units worldwide.

The Carbon 65 Edition will be based on the 2018 Grand Sport 3LT and ZO6 3LZ models of the Corvette – available in both coupe and convertible body forms. As its name suggest, the anniversary special edition has lots of carbon fibre slapped on its bodywork. There’s a carbon fibre rear spoiler and quarter ducts, a unique Ceramic Matrix Gray exterior paint scheme (convertible gets a blue roof-top) along with a special interior that also features a carbon-fibre rimmed steering wheel. Among other highlights, it comes with black wheels with machined grooves, blue brake callipers, Competition Sports seats, a jet-black suede interior with blue stitching and Carbon 65 Edition sill plates.

Mechanically, the Carbon 65 Edition versions are unchanged from the regular Grand Sport 3LT and ZO6 3LZ models. Both the versions are powered by a 6.2-litre V8 petrol engine that comes mated with either a seven-speed manual or an eight-speed automatic. The Grand Sport, however, develops only 460bhp while the ZO6 being the more hardcore of the two is rated at 650bhp.

Commenting on the launch of the Carbon 65 Edition, Paul Edwards, U.S vice president of Chevrolet marketing said, “Corvette is one of the most storied names in Chevrolet and sports car history, with a heritage few can match. The new Carbon 65 Edition honours that legacy while offering customers another unique, special-edition model that personalises the ownership experience.”

The Carbon 65 Edition package will command a premium of $15,000 (Rs 9.7 lakh) on top of the standard models that they are based on. Chevrolet will showcase the Corvette Carbon 65 Edition at the 2017 New York Motor show, while customer deliveries will begin in the second half of the year across major global markets. 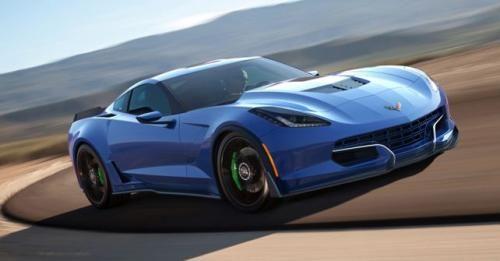 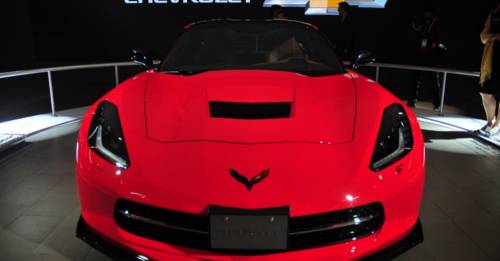