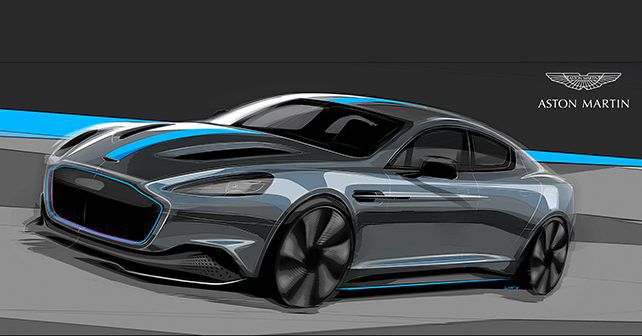 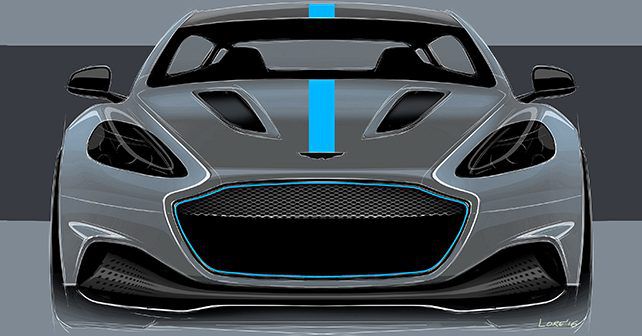 Aston Martin in partnership with Williams Advanced Engineering has confirmed the all-electric Aston Martin RapidE will be put into production in 2019.

Aston Martin and Williams Advanced Engineering will be collaborating to put an all-electric four-door super-saloon into production by 2019. Aston Martin has confirmed that in two years’ time, the Aston Martin RapidE will hit production and will have a limited run of just 155 units.

Aston Martin has been exploring alternative fuel and propulsion for a few years now. Back in 2013, Aston Martin took a Rapide S and fitted it with a Hybrid Hydrogen system. The system enables the use of hydrogen and petrol individually or at the same time in an internal combustion engine. Aston Martin even raced this very vehicle at the 24 Hours of Nürburgring making it the first ever hydrogen fuel cell vehicle to compete at the event.

The all-electric RapidE was unveiled two years ago as a concept, the production version will be based on the Rapide AMR concept. The 6.0-litre V12 engine from the standard car will be replaced by an all-electric powertrain and further details regarding the RapidE will be revealed in due course.

Like the concept, the production version of the RapidE will be developed in collaboration with Williams Advanced Engineering. The team at Grove, Oxfordshire, will assist Aston Martin with the task of engineering integration.

Aston Martin President and CEO, Dr Andy Palmer, commented on the upcoming model: “RapidE represents a sustainable future in which Aston Martin’s values of seductive style and supreme performance don’t merely co-exist alongside a new zero-emission powertrain, but are enhanced by it. RapidE will showcase Aston Martin’s vision, desire and capability to successfully embrace radical change, delivering a new breed of car that stays true to our ethos and delights our customers.”

Paul McNamara, Technical Director at Williams Advanced Engineering said: “This project with Aston Martin will draw on the extensive battery and EV experience we have accumulated and we are extremely pleased to be supporting this prestigious British company with their future electrification strategy.”

The RapidE could be Aston’s answer to the Tesla Model S. However, Porsche is also working on a similar four-door all-electric car based on the Mission E concept, which is slated to hit production in 2019 as well.

Aston Martin is expected to put the all-electric DBX GT-crossover, into production also in 2019. While a 1,115bhp hybrid hypercar, called the Valkyrie is also under development.