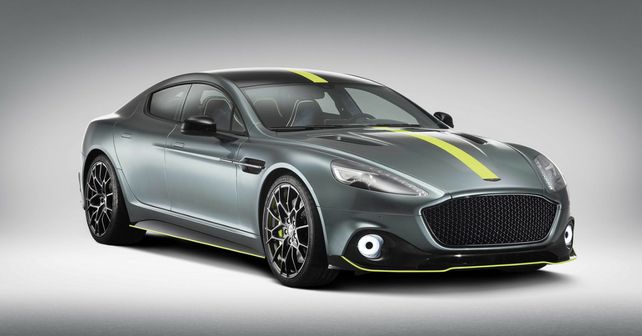 This special edition model features many firsts for the Rapide, including carbon ceramic brakes and 21-inch wheels.

Aston Martin has added another member to its hardcore AMR sub-brand by injecting performance enhancements into the Rapide saloon. Called the Rapide AMR, the production of this model will be limited to just 210 units.

The design of the Rapide AMR has changed little from the concept that was shown at the Geneva Motor Show last year. Up front there is a large and aggressive grille, which is reminiscent of the track-only Vantage AMR Pro. Meanwhile, the circular daytime running lights recall the recent Zagato models.

The Rapide AMR’s aerodynamics have been tuned to reduce lift while retaining a neutral balance. The extra aerodynamic bodywork such as the splitter, sills, rear diffuser and boot lid lip spoiler are all carbon fibre. The new bonnet with large ventilation inserts is also made from carbon fibre to minimise weight. 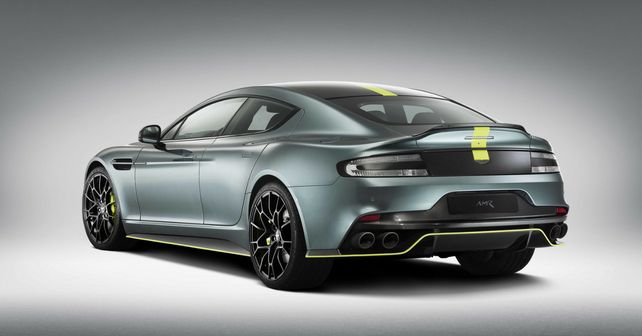 The AMR variant is powered by the same atmospheric 6.0-litre, V12 engine as the Rapide S. Power has gone up by 50bhp to a total of 595bhp, which is achieved by larger inlet manifolds with tuned length dual inlet runners that enhance the airflow. The torque output, however, remains identical at 630Nm, and so does the 0 – 100km/h sprint time, which is 4.4 seconds.

As standard, the Rapide AMR comes fitted with carbon ceramic brakes. Measuring 400mm at the front with six piston calipers and 360mm at the rear with four piston calipers, this is the first time that a Rapide has been fitted with such stopping power. The AMR also rides 10mm lower than the Rapide S and although the three stage adaptive dampers remain, they have been thoroughly reengineered to create a more dynamic car.

The AMR version is said to be the last hardcore special edition model of this big Aston Martin saloon. The Rapide is expected to go out of production in 2020.