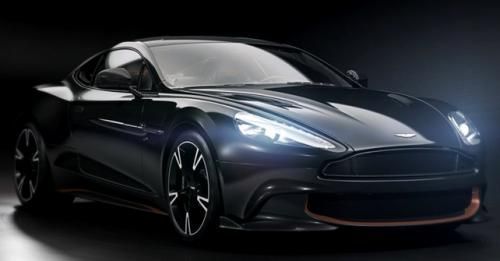 The Vanquish S Ultimate serves as the farewell edition of the current generation Vanquish, which, along with its naturally aspirated V12, has reached the end of its production run.

Aston Martin has revealed the final edition of its Vanquish S, which will have a production cap of just 175 units, and will be available in both coupe and Volante avatars.

The Vanquish S Ultimate is available in a choice of three bespoke exterior colour schemes to maintain its exclusivity. In addition, there are a suite of details that are also unique of this model, like carbon fibre side strakes featuring rose gold 'Ultimate' decals, carbon fibre tread plates, a special stitched quilting design on the seats, plus 'Ultimate' headrest embroidery.

Then, there are three designer themes to choose from. The first of these  is a monochrome design that features Ultimate Black paintwork, black exhaust tailpipes, brake calipers, window trims and 5-spoke wheels, extensive use of carbon fibre for the bonnet louvres, front grille and side strakes. 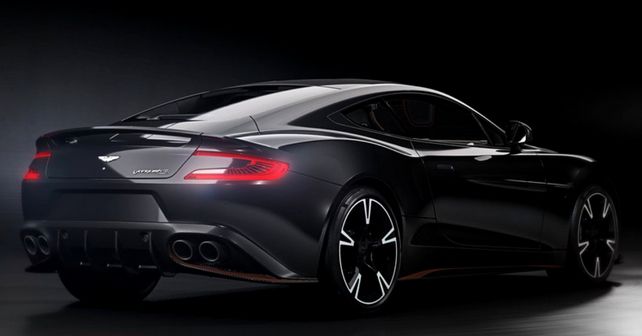 Certain purists might moran the end of the current-gen Vanquish, as this will be the last of its kind to carry Aston’s 6.0-litre, naturally aspirated V12 under its bonnet. This V12 pumps 595bhp, and comes mated to an 8-speed automatic gearbox.

Rumours suggest that the next-gen Vanquish, which is set to debut early 2018, will shed its GT roots to morph into a more focused supercar to target cars like the Ferrari 812 Superfast. While the new model, thankfully, will retain the 12-cylinder arrangement, it is expected to house turbochargers in a smaller displacement engine.

Aston Martin’s future lineup will sport a lot of changes. Alongwith a more hardcore new Vanquish, there will be another mid-engined sportscar, an international version of the Lagonda saloon, and a DBX luxury crossover - all expected to go official between 2018-22.