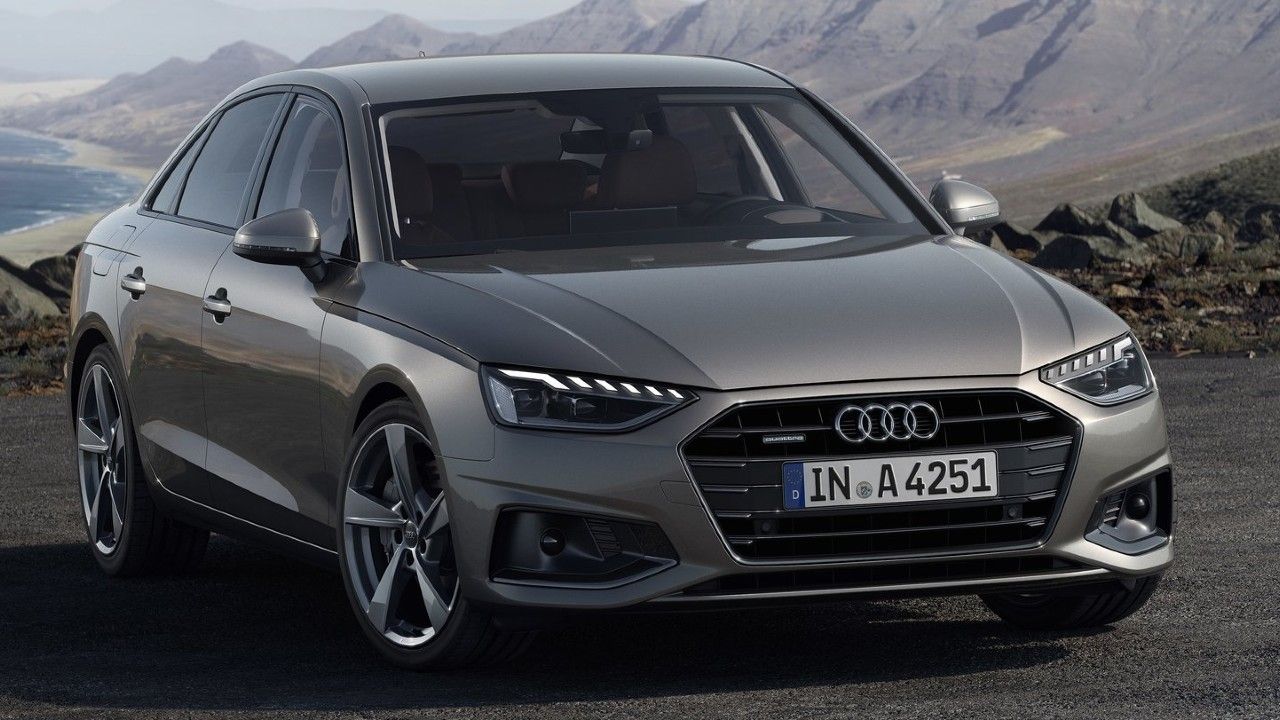 With the production of the A4 facelift commenced at the Aurangabad facility already, Audi has now started accepting bookings for a minimum amount of Rs 2 lakh. Expect the A4 facelift to be launched in January

Despite the COVID-19 pandemic, Audi launched five new cars in India this year - the Q8, A8 L, RS Q8, RS7, and the entry-level Q2. And just last week Audi India announced that the production of the upcoming A4 facelift has commenced at the Aurangabad facility. Now, the Ingolstadt-based brand has commenced accepting bookings of the same for a minimum booking amount of Rs 2 lakh. This is the second update from Audi to the current-generation A4 - the previous one was just introduced in November last year. That car, however, came with a 1.4-litre TFSI mill but this 2021 A4 facelift will now be powered by a larger 2.0-litre unit that is good for 188bhp and 320Nm. The engine comes paired with a 7-speed dual-clutch transmission.

Changes to the facelifted A4 also include some cosmetic updates – a revised and larger front grille, redesigned headlamps with DRLs, reshaped front and rear bumpers and new taillights as well. Updates to the interior aren’t as easily noticeable. The A4 does, however, get a larger 10.1-inch infotainment screen that features Audi’s new MMI system. As has become the norm with all VW group cars, the A4 will come with the all-digital virtual cockpit.

Audi is expected to bring in the A4 facelift in January making it the first launch from the brand for 2021. Just like before, the A4 will go on sale in two variants – Premium Plus and Technology variant and is likely to be priced around the ₹45-50 lakh mark. The A4 facelift will continue to lock horns with the likes of the BMW 3 Series, Mercedes-Benz C-Class, Jaguar XE and the upcoming Volvo S60.

The introduction of the A4 will be followed by a slew of launches from Audi in 2021 including the updated models of the Q3, Q5, Q7 and the smaller A3 as well. Audi was also scheduled to bring in their first fully-electric offering, the e-tron to India this year, but has been postponed for now.