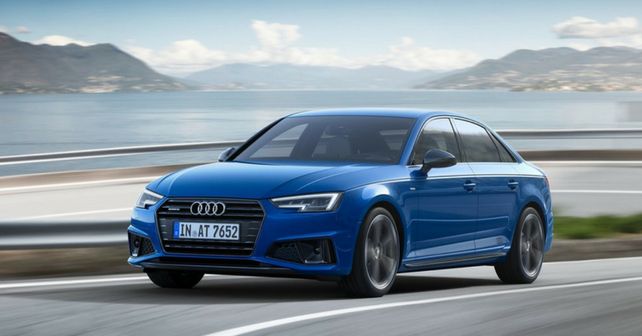 The A4 gains very minor changes as a part of this facelift. India launch likely to happen around late 2018 to early 2019.

Audi has given a subtle mid-cycle refresh to its A4 saloon and wagon. The 2019 model year A4 receives newly designed bumpers and wheels. Also new is the optional S line competition package with additional highlights.

The A4 facelift has been spied on while being tested previously. The test mule was caught wearing camouflage only on its bumpers. It all makes sense now, as the new bumpers are the only obvious way to differentiate the updated model from the outgoing one. The front bumper gains new pentagonal contours with ‘aluminium-look’ – not real aluminium, mind you – bars inside them.

In the S line exterior package, the Singleframe grille now features slats with a 3D look. A blade finishes off the lower part of the front-end. The rear bumper is also redesigned, below which sit the two wide, trapezoidal exhaust tailpipes, replacing the previous round one. The diffuser area between the exhaust tailpipes is now narrower. The alloy wheels, which are available in 16 to 19-inch versions globally, also have a new look. 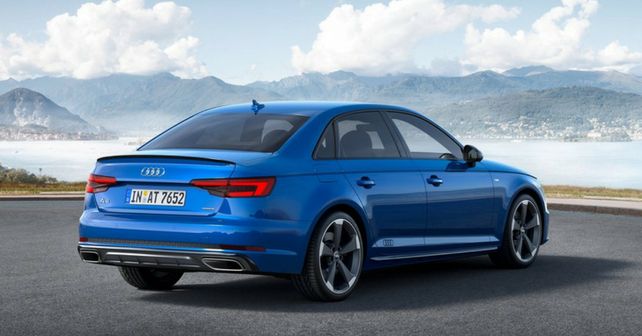 The S line competition equipment package is making its debut on the 2019 A4 model line. It includes the blade in the front bumper and the stone-chip guard strip in selenite silver, RS rear spoiler (only on the wagon), four rings logo on the lower section of rear doors, 19-inch wheels, red brake calipers, sport suspension and LED headlights.

The updates given to the Audi A4 are much less comprehensive than what its chief rival – the Mercedes C-Class facelift – has got. The Merc has gained an all-new range of powertrain lineup along with some aesthetic changes as a part of its recent mid-cycle refresh. The powertrain lineup on the new A4 is carried over from the pre-facelift model.