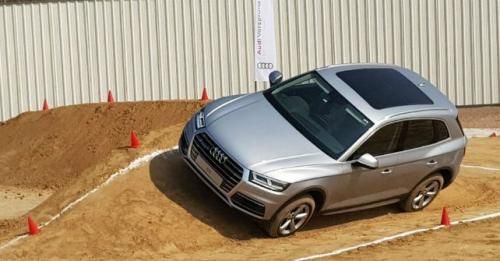 The price of the entire Audi India model range will go up by up to 4 per cent.

German luxury car manufacturer Audi has announced that the company will be increasing prices of its entire model range by up to 4 per cent.

This has been done owing to the increase in the customs duty announced in the Union Budget. The price increase will be ranging from Rs 1 lakh - 9 lakh, and will be effective from April 1, 2018. Price hike of individual models is yet to be revealed.

"The increase in Custom duty and introduction of Social Welfare surcharge in lieu of an Education cess (which is higher than the erstwhile Cess) in the Union Budget made the increase in price inevitable. We have tried to absorb the impact of the increase in the Customs duty and have minimized the price hike for our customers. To minimize the impact of the price increase, we are also offering various Audi Finance schemes along with sales and service benefits for our discerning customers who aspire to join the Audi Family,” said Rahil Ansari, Head, Audi India.

Audi currently sells eight models in India. Furthermore, there are high performance RS models of the A6 and A7 as well. The company has discontinued the A8 full-sized luxury saloon and is expected to launch the new-gen model of the car very soon. In addition to the new A8, next-gen models of the A7 and A6 have also been revealed globally, which should launch in India by the end of this year.