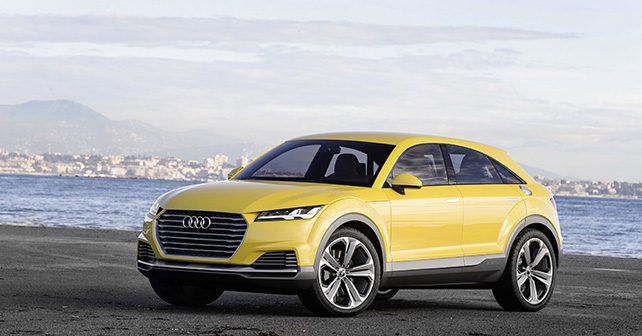 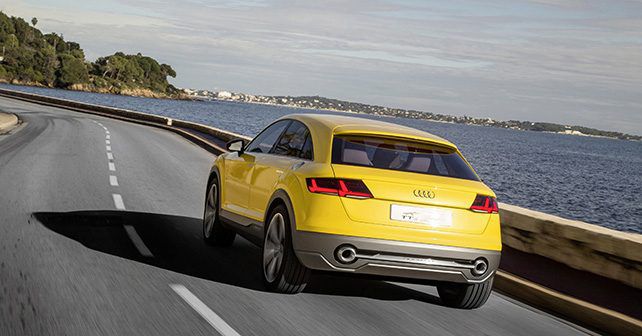 For the last couple of years, there has been a lot of speculation over the launch of the new coupe-ish SUV, the Q4, which Audi have now confirmed the launch of this vehicle at their Annual Press Conference. Apart from launching the Q4 in 2019, Audi will also launch the all-new Q8 and three electric cars by 2020. Audi will also strengthen their current portfolio by upgrading and launching new generation vehicles.

Rupert Stadler, Chairman of the Board of Management of AUDI AG, at the Annual Press Conference revealed that the Q family will get two new additions — starting from the Q8 in 2018 and then the Q4 in 2019. The Q8 will sport a low-slung roofline and have a sporty stance. It will also be available in plug-in hybrid trim.

Coming to the Q4, unfortunately, not much information was revealed at the conference. What is certain though is that the Q4 will be based on the new Q3's MQB platform. As Audi calls the Q4, 'compact utility vehicle or CUV', it will have a typical coupe silhouette, similar to the the Audi TT offroad concept showcased three years ago, and will be positioned between the Q3 and the Q5.

According to Audi, between 2020 to 2023, there will be a significant demand for all electric vechicles, therefore, in 2018, the Audi e-tron will mark its debut. It will be an electric SUV with a range of more than 500 kilometres. In 2019, they plan to launch e-tron Sportback and the following year, they will offer a premium electric car also in the compact segment. This will be based on the VW Group’s modular electrification platform (MEB).

In 2021, Audi will electrify one of their mainstay models and all their electric cars will get a recognizable design DNA. Also in the next five years in China, Audi will localize four more plug-in hybrids, following the Audi A6 L e-tron.