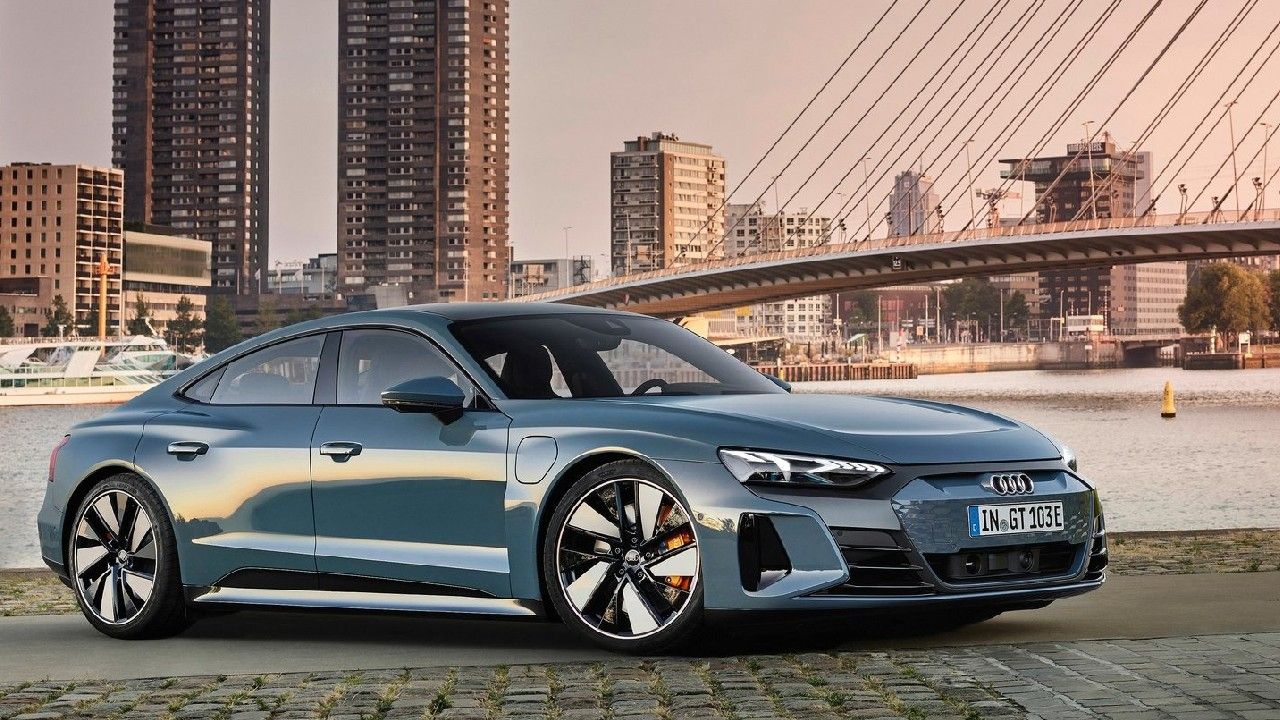 Audi has showcased the e-tron GT in two variants – Standard and RS. The former claims a 0 to 100km/h time of just 4.1 seconds and a driving range of 487km, as per the WLTP test cycle.

Audi seems to be going all guns blazing in expanding its electric vehicle portfolio. The Ingolstadt-based carmaker already has two electric offering in the international market – the e-tron and e-tron Sportback – and now, it has pulled the wraps off the third. Say hello to the all-new e-tron GT.

This new offering from Audi is based on the e-tron GT concept, which was showcased in 2018. In the design department, this production model looks largely identical. The wide and low stance continues on the production-spec e-tron GT. Audi's large front grille has been re-imagined, and, in the e-tron GT, it is washed in body colour with black surrounds. The silhouette remains identical to the concept too. Audi will offer the e-tron GT with 19, 20, and 21-inch rim options. The e-tron gets a nicely sloping roofline, which dissolves into a stubby boot section. The LED lighting all around adds sportiness to the overall design. 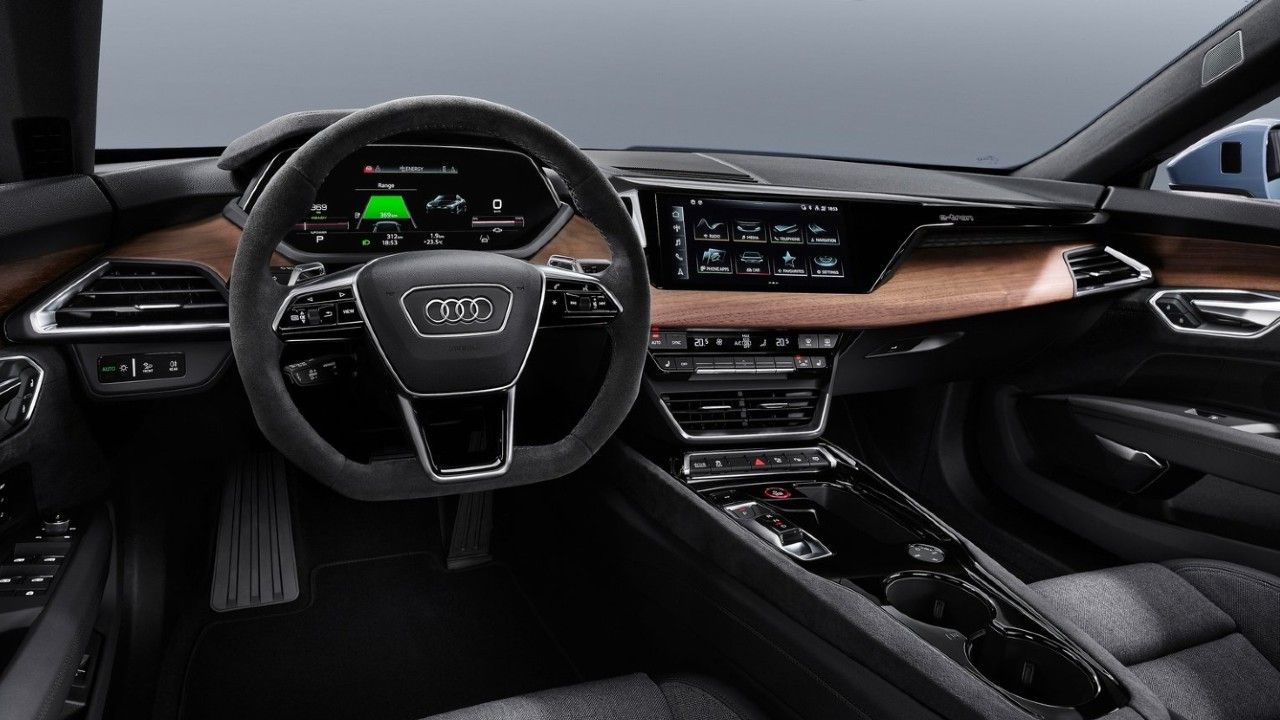 One look is enough to tell you that the dashboard has been designed with the driver in focus – the fact that central controls are tilted towards the driver is proof enough. The e-tron GT has been fitted with a 10.1-inch touchscreen infotainment system and a 12.3-inch driver display. Thankfully, Audi has continued with physical buttons for climate control.

Powering the e-tron GT are two electric motors – one on each axle, producing a combined output of 469bhp and max torque of 630Nm. The car also gets a boost mode, which adds over 50bhp more, making a total of 523bhp. All this power is sourced from an 85kWh battery pack. The Audi e-tron GT in this standard guise can dismiss the 0 – 100km/h run in just 4.1 seconds. For the performance-hungry folks, Audi also has a punchier RS e-tron GT on offer. This one produces an insane 590bhp and 830Nm, which take it from a standstill to 100km/h in just 3.3 seconds. 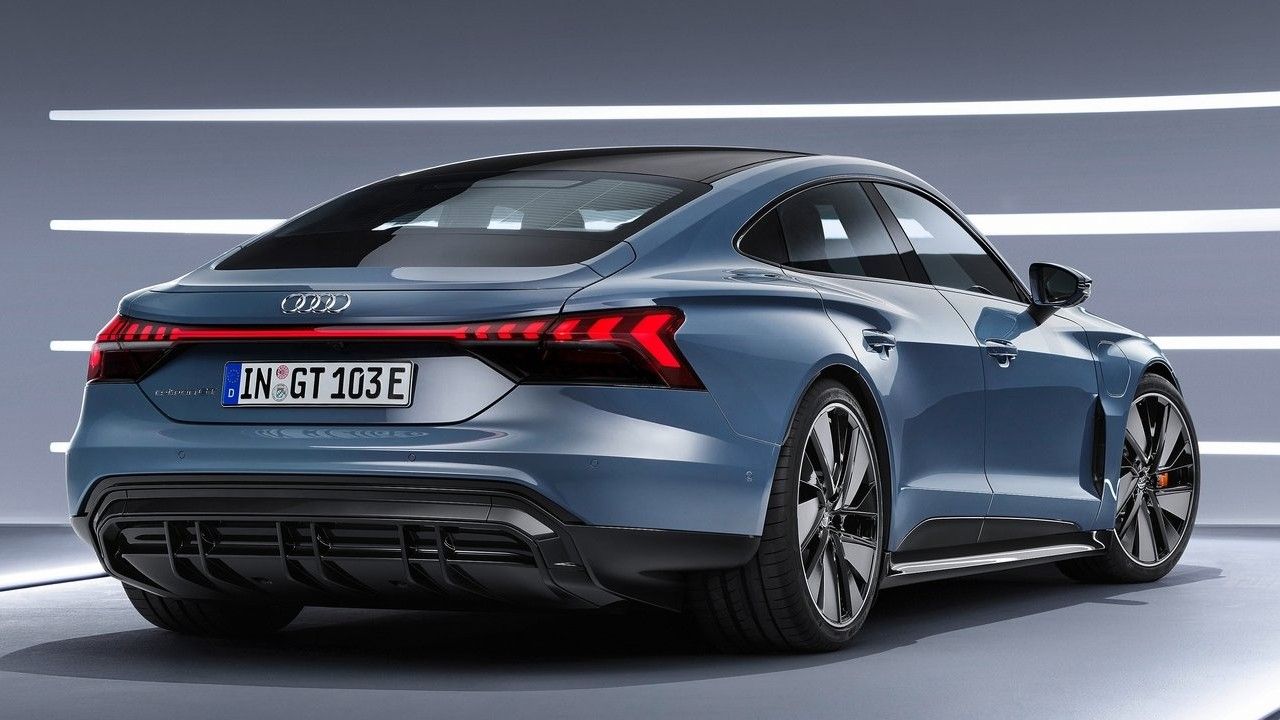 Audi has already commenced mass production of the e-tron GT. Audi India was scheduled to bring in the e-tron to India last year, but the plans were delayed due to the ongoing pandemic. While the e-tron still remains on the cards, it will be a while before the e-tron GT makes its way to the Indian market.