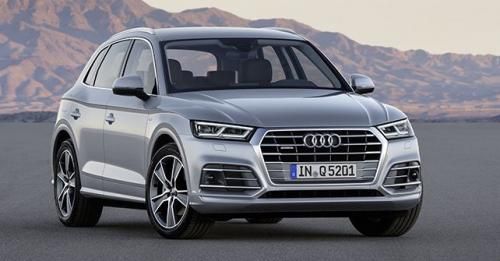 Audi has announced its annual deliveries in the Indian market for 2017.

The year 2017 marks the tenth anniversary of Audi’s presence in India. Audi India has now announced that in the year 2017 the German manufacturer delivered 7,876 vehicles in the Indian market.

As a part of their ‘Audi Reloaded’ campaign, the Ingolstadt based carmaker launched ten models in India, which included the A3 Sedan, A3 Cabriolet, A4 TDI, Q7 40 TFSI, A5, A5 Cabriolet and S5, and updated the Q3 along with other models. During the course of 2017, Audi has expanded its reach now with 90+ customer touch points that include Showrooms, Workshops and Audi Used Car (Audi Approved Plus) facilities. Additionally, with the ‘Audi Mobile Terminal’, which is a mobile luxury showroom, the manufacturer was able to reach a larger audience as the mobile showroom made its presence in more than 30 cities in 2017. Audi has confirmed that this promotion will continue further in 2018.

Rahil Ansari, Head, Audi India said, ‘Audi completed ten years in India in 2017, and we are delighted that within this short span, it has become one of the most preferred luxury car brands for enthusiasts in the country. We have increased our sales by 2% while earning a profitable growth for our dealer partners’.

Audi is expected to launch their first product in 2018 on January 18. The manufacturer will launch the brand new Q5 SUV which is positioned between the Q3 and the Q7 in Audi's range of SUVs. As the segment has seen significant growth recently, the Q5 will now have a long host of cars to compete against. The competition consists of the Mercedes-Benz GLC, Land Rover Discover Sport, BMW X3, Lexus NX 300h, Jaguar F-Pace and the brand new Volvo XC60.