Audi R8 LMX – the most powerful R8 ever – launched in India 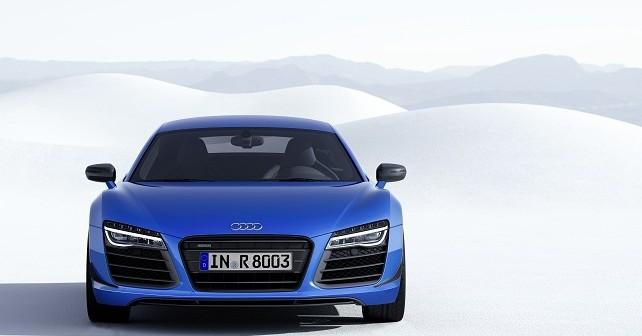 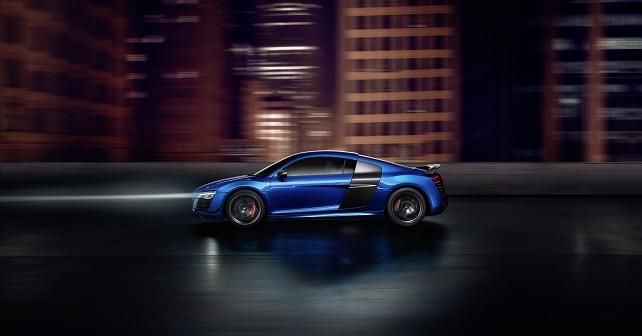 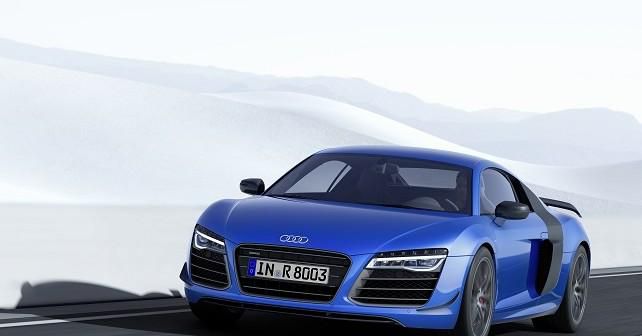 The fastest and the most powerful R8 ever – the limited edition Audi R8 LMX – launched in India at Rs. 2.97 crores.

India’s leading luxury car manufacturer, Audi, launched its latest R8 in India known as Audi R8 LMX. Delivering 570bhp of power, it is the most powerful R8 ever and also the fastest one. The time it takes to reach the 100kmph mark from ground zero is a mere 3.4 Seconds. The top speed it reaches is a mouth watering 320 kmph. But the highlight of the car is the ‘laser high beam lighting’ – which illuminates half a kilometre (500 metres) of road ahead of you.

Commenting on the launch of the car in India, Mr. Joe King, Head, Audi India said, “What better way to celebrate another record year at Audi than bringing in a car which denotes our claim of “Vorsprung durch Technik”- the new Audi R8 LMX. The combination of LED and laser high beam lighting was used for the first time on the new Audi R18 e?tron quattro at the 24 Hours of Le Mans last year. Audi is thus continuing its tradition of using racing to test new technologies destined for production. The limited-edition Audi R8 LMX is the first production car in India to come equipped with laser high beam lighting, a particularly brilliant innovation integrated in a sports car. We are positive that the Audi R8 LMX will excite Audi enthusiasts and add more fans into the ever-growing Audi fan base. Audi has always been at the forefront in lighting technologies. Audi was the first luxury car manufacturer to bring LED headlights in India. The introduction of the laser headlight to the Audi R8 LMX underscores our leading position in lighting technology,”

The engine powering this mighty and highly exclusive car is a high-revving, mid-mounted, 5.2-litre, V-10 engine produces 570bhp of power and 540Nm of torque and takes the car to a maximum speed of 320kmph. The fastest Audi R8 ever does 0-100kmph in a mere 3.4 seconds and the power is delivered via a seven?speed S tronic gearbox to the quattro permanent all-wheel drive system.

Audi India has been flying high after selling 10,000 cars in India for two years in a row (2013 and 2014) and leaving the competition in the dust for two consecutive years.

Audi also revealed that in order to make this car highly exclusive it will make just 99 units of this car all across the globe. Probably that’s the reason this car in India has been priced at Rs. 2.97 crores (ex-showroom, Delhi/Mumbai).