Audi Reveals Its All New Audi A6 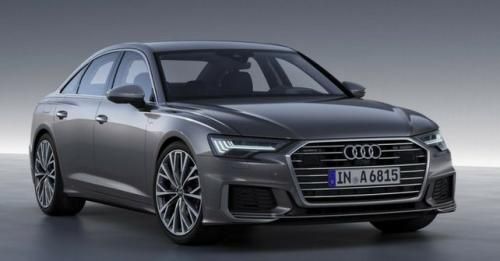 The new A6 gets a lot of upgrades to better compete in the crowded mid-size luxury saloon segment.

The eighth-generation Audi A6 saloon has been digitally revealed ahead of its dynamic debut at the 2018 Geneva Motor Show.

The overall profile of the new model looks strikingly similar to its predecessor, however, it’s an all-new model designed from the ground up. The new front fascia is more pronounced and dominated by the new wide single frame grille, while the rear is now characterised by a redesigned trunk lid and all-new 3D sculpted LED tail lights. Overall, the new A6 is 7mm longer at 4939mm, 12mm wider at 1886mm and 2mm taller at 1457mm as compared to the seventh-gen model.

Inside, the new A6 closely mimics the more premium (and stylish) A7, with an all-new cockpit design and a greater emphasis on infotainment. The centre console and MMI system on the new car are directed towards the driver. Beneath the main infotainment screen is a second 8.6-inch display used for HVAC controls and other convenience features. Unsurprisingly, the driver gets his own personal 12.3-inch ‘virtual cockpit’ display as well. Interior room is now better, specifically the head and shoulder rooms both in the front and the rear. 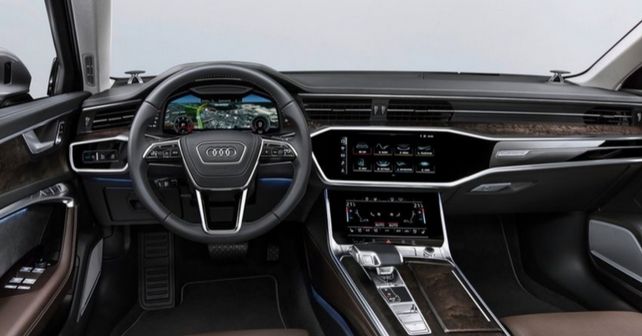 The new Audi A6 will adopt mild-hybrid technology as standard across the range. Initially, two 3.0-litre, 6-cylinder petrol and diesel engines will be offered in Europe. The petrol generates 340bhp and 500Nm, while the diesel makes 286bhp and 620Nm. Gearbox options are different for both the engines – the former comes paired to a 7-speed dual clutch, while the latter gets an 8-speed torque converter.

The two engines are equipped as standard with the quattro all-wheel drive, whose design varies depending on the specific setup. In conjunction with the torque converter gearbox, it comes with the self-locking centre differential.  While in tandem with the dual clutch transmission, the setup always activates the rear-wheel drive instantly whenever needed. 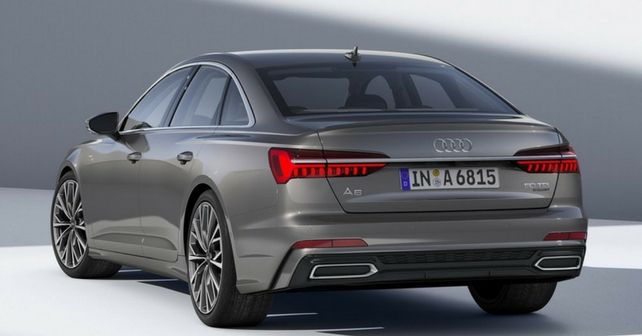 These engines will come with a belt alternator starter that works together with a lithium-ion battery, making the new A6 coast between 55 and 160km/h. Also, it has a start-stop function that kicks in at speeds up to 22km/h, allowing the engine to turn off and predictively restart. Smaller 4-cylinder engines, also with mild-hybrid tech, are expected to join the lineup in future.

The eighth-gen A6 will launch in Germany in June this year. India launch can be expected in early 2019. In India, it’s quite likely that the car will only launch with 4-cylinder petrol and diesel engines. Also, Audi is expected to reveal a long wheelbase A6 for China, which may get a green signal for India, given Merc’s success with the LWB E-Class.