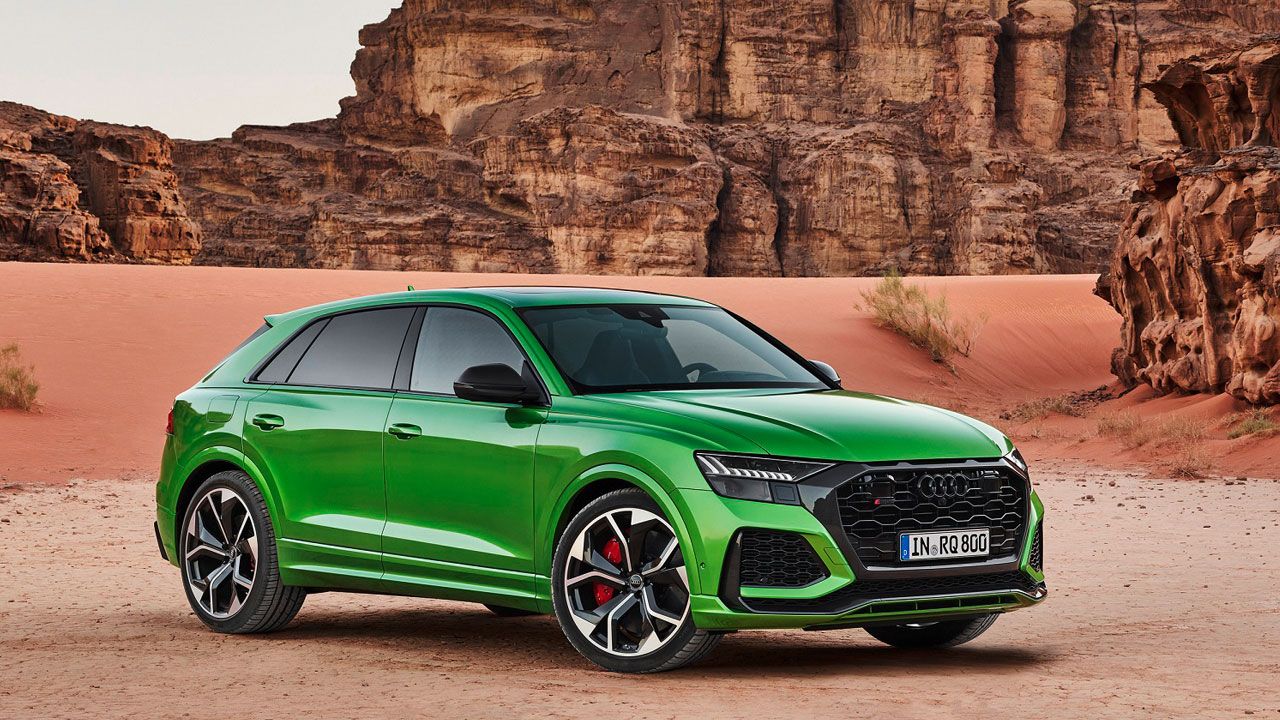 The fastest SUV to go around the Nürburgring at 7 minutes and 42 seconds drives into India at Rs. 2.07 crore. When fitted with the optional RS Dynamic Plus Package, the RS Q8 will top out at 305km/h.

Audi’s flagship SUV, the Q8 has been available in a single variant in India so far, but now as announced by the German carmaker earlier, the standard variant has been joined by the company’s flagship high performance SUV, the fire breathing 591bhp V8 RS Q8. The RS Q8’s cutting edge 4.0-litre V8 petrol engine features direct injection, turbocharging along with cylinder-on-demand technology and a 48-volt mild hybrid system. The engine is tuned to develop 591bhp of max power @ 6,000rpm and 800Nm of peak torque is spread between 2,200rpm and 4,500rpm. It’s mated to an eight-speed torque converter automatic gearbox that sends power to the wheels via the quattro permanent four-wheel drive system featuring a self-locking differential. The standard power distribution is 40:60 front and rear, but depending on the situation the quattro system can send up to 70% of the power to the front wheels or 85% to the rear. 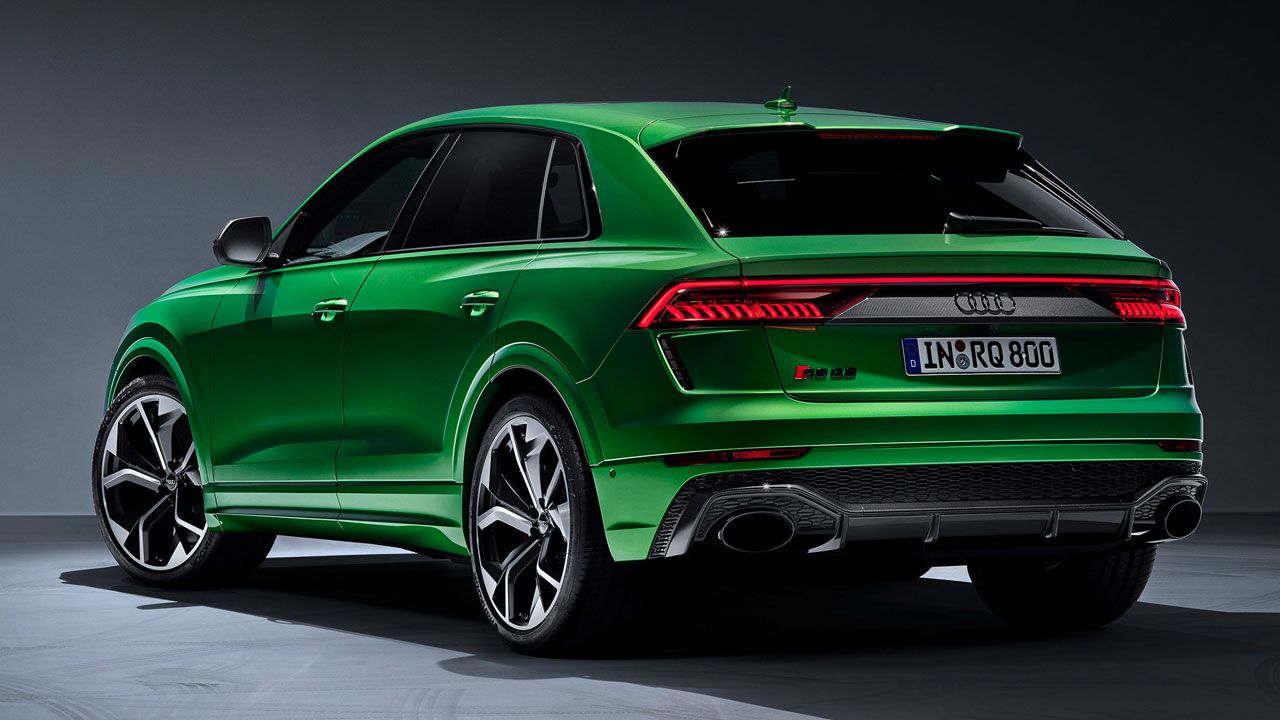 In the standard specification, the high performance RS Q8 has a 0-100km/h time of 3.8 seconds and an electronically limited top speed of 250km/h. The optional RS Dynamic Plus Package raises the top speed to 305km/h and there’s an optional quattro sport differential as well which distributes power independently between the rear wheels.

The Audi RS Q8 is underpinned by air suspension that can raise and lower the car, it also features all-wheel steering and there are eight driving modes, which includes two RS specific modes.

And as it can be seen from images, the RS Q8 has all the right styling cues to complement its go-faster hardware. This includes a gloss black single-frame front grille, large side air inlets and RS specific, oval tail pipes, rear diffuser and a rear spoiler. The huge 23-inch alloy wheels are offered as standard. Optional styling cues include a black styling package with logos in black. 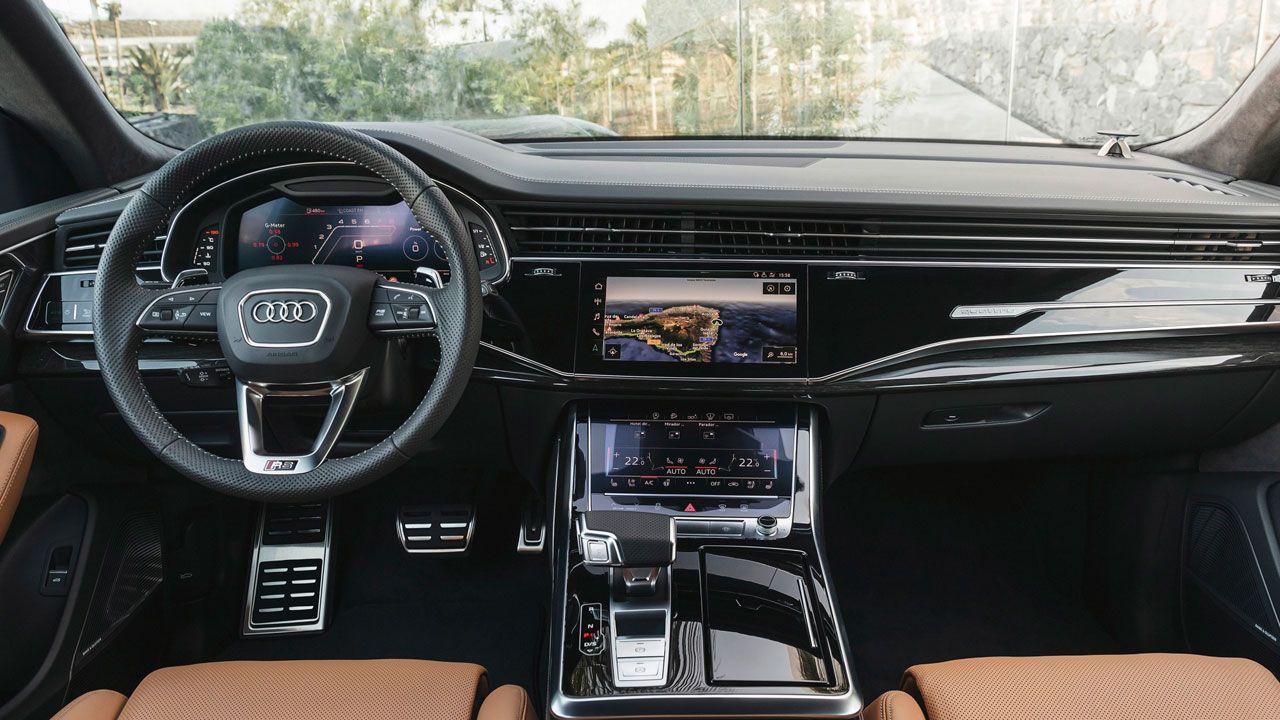