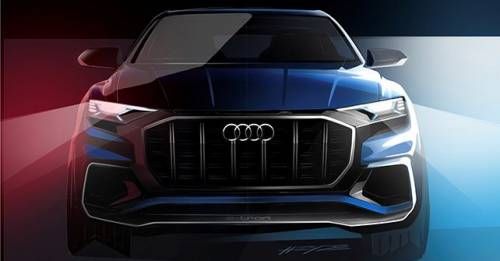 Audi has announced that the Q8 Coupe will be be dropped as a concept at the North American International Auto Show (NAIAS) in January 2017.

After addressing the bottom end of the spectrum with the Q2, Audi has announced that they will introduce a coupe style SUV. At the NAIAS which is to be held in Detroit in January 2017, the Audi Q8 Concept will be revealed which is claimed to be near-production ready. The car is expected to arrive on the roads in international markets in 2018. 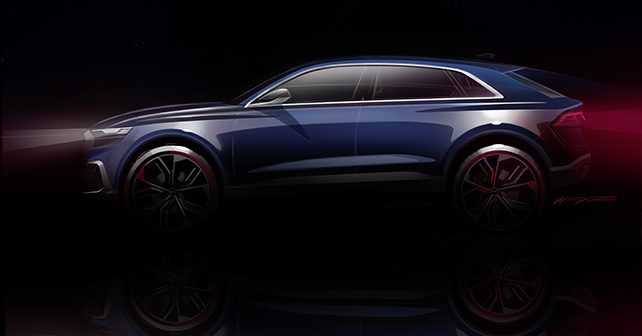 The Q8 will be Audi’s flagship model in their ‘Q’ range line-up of SUVs. As the initial sketched released by Audi suggest, the Q8 will have a sloping roof line like a Coupe and is likely to be a four-seater. The car will be based off Audi’s MLB platform and will feature a range of turbocharged diesel and petrol engines ranging from V6 and V8 configurations in addition to a hybrid powertrain as well. The Q8 coupe will also come with Audi’s ‘quattro’ all-wheel drive system and the car will share the engineering from the current Q7

Not much has been officially revealed as yet, in terms of technology, the the SUV is expected to receive similar treatment as the latest A8 saloon like OLED displays and autonomous piloted driving system. As far as rivals go, the Q8 Coupe will go head to head against the likes from BMW’s X6 and the Mercedes-Benz GLE Coupe.