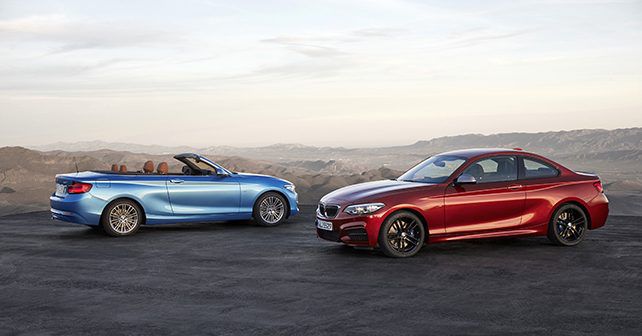 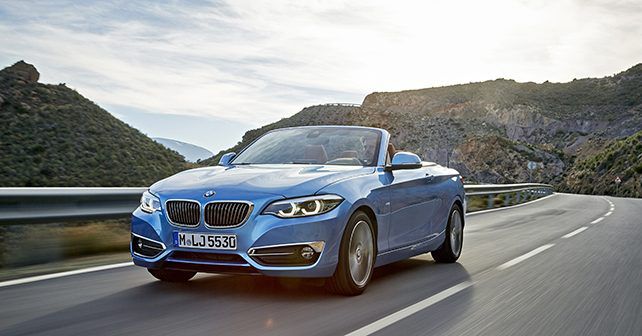 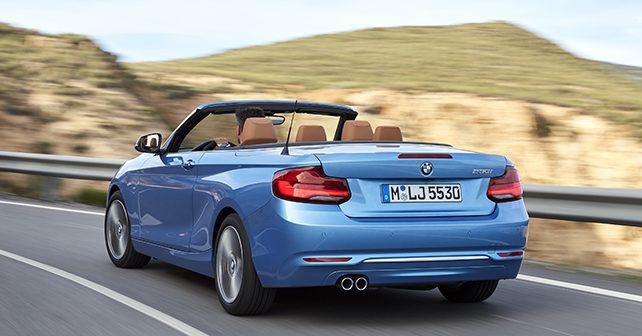 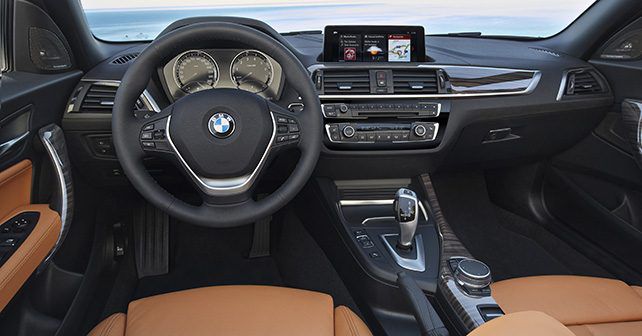 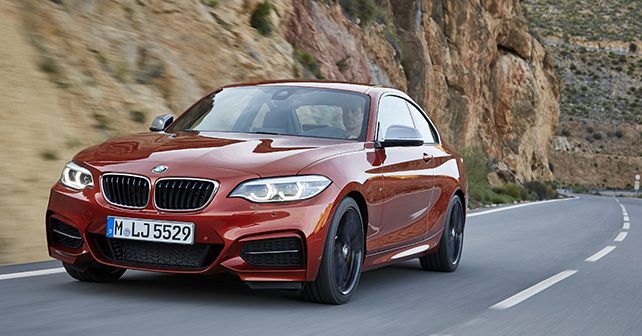 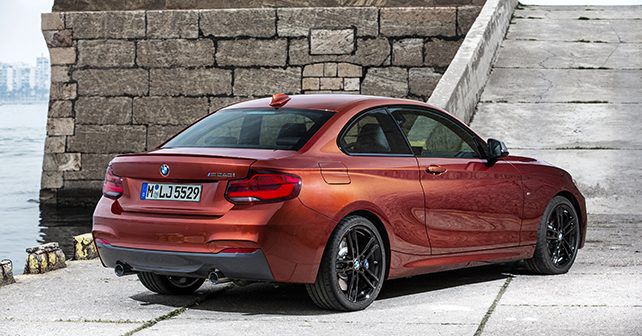 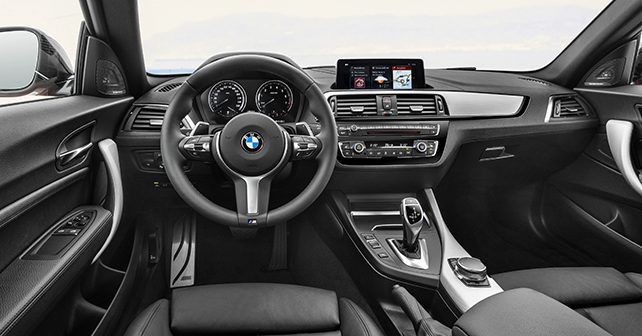 BMW has given the 2 Series coupe and convertible an update with a facelift and new features.

The BMW 2 Series coupe and convertible models have been given a revised front end styling and interior with a lot more equipment than before.

Bi-LED headlamps are now offered as standard kit with half ring signature LED DRLs flanking the new and larger kidney grille. The outer air intakes on the front bumper are slightly larger and LED fog-lamps are offered as options. The rear LED tail lamps have also been revised.

The Interior of the 2 Series has a revised dashboard to make it feel more spacious. The air-vents are newly designed as is the centre console which have been designed to put more focus on the driver. The interior features new dashboard stitching with new piano black finished panels. The new instrument cluster features a black design and gets a new interface with an 8.8-inch touchscreen infotainment system for navigation, voice control, wireless smartphone charging, Apple CarPlay, in-car WIFI hotspot with the BMW iDrive system. The seats and upholstery is finished in leather and fabric which have new options added to the list.

The 2 Series is offered with a line-up of three, four and six cylinder turbocharged petrol and diesel engines which produce a power output ranging from 134bhp to 335bhp. These engines are offered with either a 6-speed automatic transmission or an 8-speed automatic. The 225d and the M240i xDrive variants are only offered with the automatic gearbox, but tuned to be a little sportier and also get paddle shifters. The 2 Series coupe and convertible will be offered in Luxury Line, Sport Line and M Sport trims in addition to a M Performance M240i offered as rear wheel drive or all-wheel xDrive.

BMW have also introduced three new exterior colour options with the new car which are Mediterranean Blue, Seaside Blue and Sunset Orange and new alloy wheels in 16, 17 and 18 inch sizes.

The new car also comes with a host of active and passive safety equipment like Active Cruise Control with Stop & Go function, Lane Departure Warning and City Collision Mitigation up to 60km/h among many others.