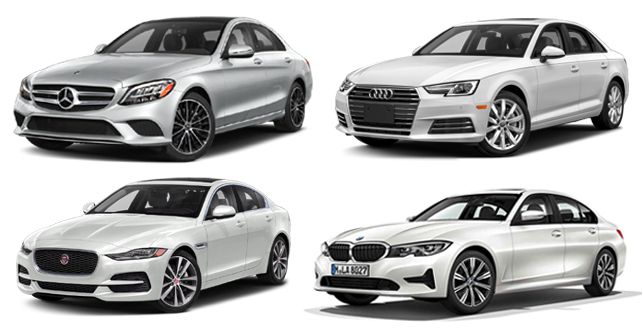 The BMW 3 Series' variant line-up in India has been rejigged. So, here's a comparison of the four main competitors in the entry-level premium sedan segment terms of their prices.

Last week, BMW India silently updated the variant line-up and prices of the 3-Series. The erstwhile base variant – 320d Sport –got converted into 330i Sport, which means the entry-level 3 Series is now a petrol-powered version. The change was also accompanied by a price hike of ₹30,000, putting the 330i Sport's price at ₹41.7 lakh. The price change was also applied to the remaining two variants of the 3 Series, which saw a price hike of ₹60,000.

As for the Mercedes-Benz C-Class, it received its last set of updates in August 2019, when Mercedes-Benz India upgraded the diesel variants with more feature additions. Consequently, the prices were also revised by ₹1 – 2.25 lakh.

So, with all four entry-level premium sedans having received significant price revisions over the past few months, here's a price comparison of all four:

Almost instantly, one can notice that the Mercedes-Benz C-Class offers the lowest-level entry price of all four – ₹40.90 lakh for the C 200 Prime. The BMW 3-Series and the Audi A4 follow with slightly higher entry price points (₹41.7 lakh & ₹41.49 lakh, respectively) and the Jaguar XE, without doubt, is the most expensive of the lot, starting from nearly ₹45 lakh.

With the 330i configuration available in the base Sport trim, the BMW 3 Series also happens to be the most powerful petrol-powered car in the lot (255bhp & 400Nm). At ₹41.7 lakh, the 3 Series offers more power & torque than the petrol Jaguar XE (247bhp & 365Nm), despite being nearly ₹3.3 lakh cheaper.

At ₹51.25 lakh, the Mercedes-Benz C-Class offers the most powerful diesel-powered variant, C 300d AMG Line (241bhp & 500Nm), out of all four competitors here. But it's the A4 that takes a win (in terms of value-for-money), as it offers the most affordable top-spec petrol variant here (35 TFSI Quick Line –  ₹45.76 lakh). Likewise, the Jaguar XE takes home a win for offering the most affordable diesel top-spec variant (SE – ₹46.33 lakh).

You can read our comparison reports below for a more definitive verdict.

*All price figures are ex-showroom.