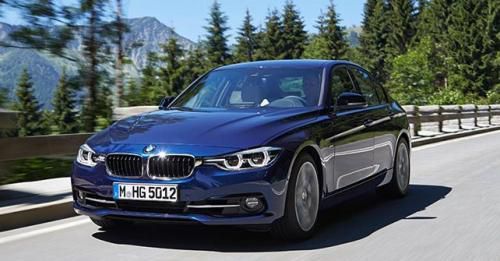 The BMW 3 Series range gets a new 'sportier' member in the shape of the 320d Edition Sport.

BMW has added a new variant to its bread-and-butter 3 Series sedan range. Billed as the 320d Edition Sport, the newcomer flaunts a couple of cosmetic updates over the regular 320d variants and gets a ‘sporty’ theme inside the cabin. The 320d Edition Sport is priced at Rs 38.60 lakh (ex-showroom, pan-India), and it'll be assembled at the firm's manufacturing unit in Chennai.

Updates on the new model are few and far between, meaning you’ve to be a BMW enthusiast to locate the changes. On the outside, you get gloss black theme running on the kidney grille and around the back. Inside, the cabin gets contrasting black and red seats and chrome treatment on the centre console while the steering wheel comes with paddle-shifter. What’s more, there’s also a launch control system available now, allowing you to get the best performance from a standstill.

The powertrain in the Edition Sport isn’t going to set your pulse racing, though, since it’s the same 2.0-litre four-cylinder turbo diesel engine that does duty in other variants of the 320d. That said, the engine delivers 188bhp and 400Nm of peak torque and comes mated to an eight-speed automatic transmission. The drive goes strictly to the rear wheels. 0-100km/h is done within 7.2 seconds while you’d be able to hit a top speed of 250km/h aboard the 320d Edition Sport. It’s quite brisk for a diesel, you’ve to say.

All told, the addition of the Edition Sport trim only makes the BMW 3 Series a wee bit more appealing in comparison to rivals such as the Audi A4, Mercedes-Benz C-Class, Jaguar XE and Volvo S60.