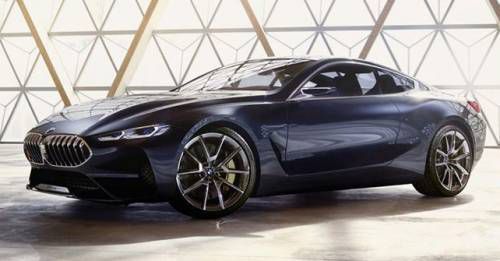 Images of BMW 8 Series concept have been leaked online ahead of its public debut in Italy.

BMW had announced that at the Concorso d’Eleganza Villa d’Este in Italy, they will reveal a new concept to revive the 8 Series nameplate. The concept is said to be officially unveiled on May 26, however, prior to its public debut, the first images of the BMW 8 Series coupe concept has surfaced online.

The 8-Series is said to be the replacement for the 6 Series Coupe which is said to have been already discontinued. The upcoming concept of the 8 Series will be a two-door coupe with bold styling at the front with massively sized BMW signature kidney grille. The the leaked images also reveal that the concept will feature slim headlamps with a newly designed – squared-off LED daytime running lamp pattern with large air vents bellow on the front bumper. The front windscreen has a significant rake, it sits on 10-spoke alloy wheels and large disc brakes with golden painted callipers. 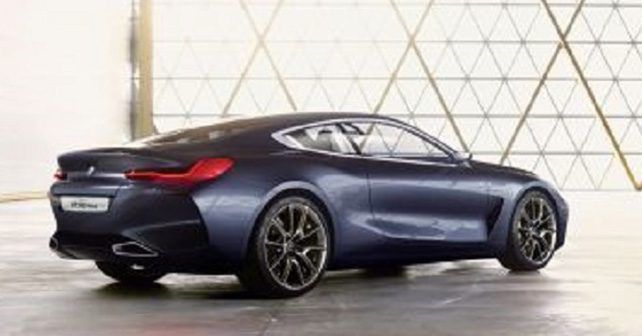 The 8 Series is expected to be powered with a large engine line-up fro the latest generation of BMW's engines. The production car will be based on the CLAR platform on which the latest 5 Series and 7 Series is based on. It is also reported that BMW has trademarked numerous nameplates for the 8 Series including an M8 and M580. So it is possible that the 601bhp and 800Nm of torque developing 6.6-liter twin turbo V12 could be featured on the 8 Series as well.

The final production version will debut and hit production in 2018 as confirmed by the Chairman of the board of BMW, Harald Krüger at the company’s General Meeting, earlier this month.