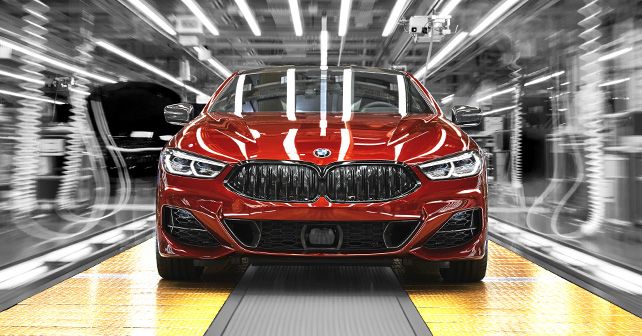 The all-new 8 Series Coupe from BMW finally goes into production.

BMW has announced that they have finally put the long-awaited 8 Series into production with the first 8 Series Coupe rolling off the assembly line at the BMW Group Plant Dingolfing. 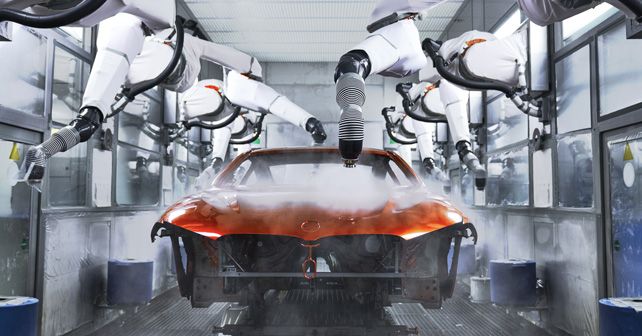 The body of the new 8 Series uses a mixture of materials including steel, plastic, aluminium and carbon fibre in its lightweight construction. In addition, the rest of the body panels like the roof, doors, bonnet and the front firewall of the 8 Series is made from aluminium. However, BMW will also offer it with a carbon-fibre reinforced plastic (CFRP) roof for the first time in a series production car. This component will also be manufactured at the Dingolfing facility.

The 8 Series will join the same assembly line as the latest generation 5 Series and 7 Series models utilising the company’s tried and tested manufacturing processes. While the manufacturer has not stated an exact number, but they have stated that an amount in the “low three-digit-million euro range” has been invested into the facility in Lower Bavaria in preparation of the new 8 Series. This includes a large number of digital innovations which have also been integrated into the production process which includes self-driving transport systems and smart devices. 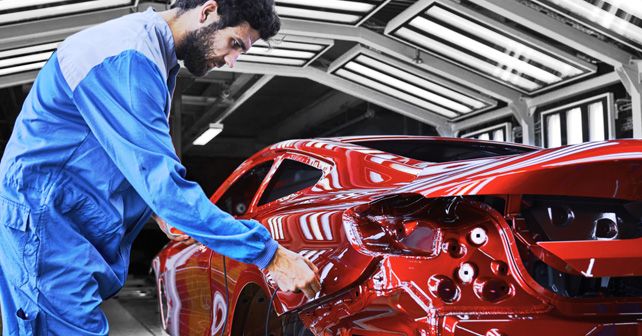 The manufacturing site now utilises digitalisation of logistics and production processes. For all the components which are manufactured on-site, parts are delivered to the line by autonomous tugger trains. Additionally, on the finish line, collaborative robots have been put in place to measure gaps and misalignments.

The plant in Dingolfing is also making the use of wearable technology for the staff at the facility to support them with their tasks. The plant uses devices like the ‘ProGlove’ a smart glove scanner, along with what they are calling “exotics alarm” which sends a vibrating signal to the concerned person to alert them of certain situations like when a car with non-standard equipment options is coming up and requires special attention.

Virtual reality glasses will also be used for the first time to train the staff at the assembly line, especially for the 8 Series Coupe. the process was videoed and viewed by the employees through the VR headsets to enable and familiarise them with the new product and the correct fitment process prior to the production process. 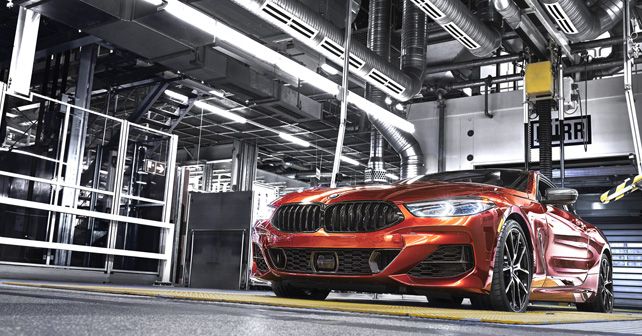 Currently, two engine variants will be offered when it goes on sale in November 2018. First will be the 4.4-litre, twin turbo V8 for the M850i xDrive Coupe model. This engine is capable of generating 522bhp and 750Nm of torque. The second engine on offer, for the time being, will be a 3.0-litre, twin turbo inline 6-cylinder diesel motor which will be capable of developing 315bhp and 680Nm of maximum torque. This engine will be offered with the 840d xDrive Coupe.

Currently, there is no official timeline from BMW India regarding the 8 Series’ arrival for our market. Although it is imminent, we expect it will only make to our shores in the second half of 2019.