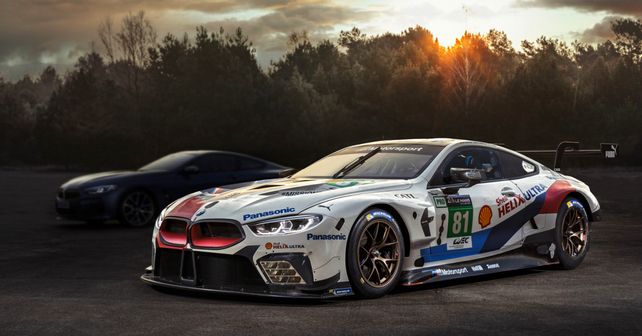 The 8 Series will debut in its Coupe avatar first. Convertibe and Gran Coupe will arrive later.

BMW has finally confirmed that its reborn 8 Series flagship will drop its veil on June 15, 2018. The company has also cunningly teased the car in a darkened background behind the M8 GTE.

BMW believes that on June 15, 2018, the countdown to the 24-hour Le Mans race will provide the perfect framework for the world premiere of the new 8 Series Coupe. The new luxury sports car was developed parallel to the BMW M8 GTE with which BMW Motorsport will again take to the Le Mans starting grid the next day for the first time since 2011.

In the second round of the FIA WEC 2018, BMW will be fielding two BMW M8 GTEs. These racing cars have already demonstrated their potential at the season opener in Spa-Francorchamps, Belgium, and the US-American IMSA WeatherTech SportsCar Championship. This will now be followed by the debut of the production model, the drive and suspension technology of which benefits from the experience gained from motor racing.

“There isn’t be a better setting for the world premiere of the new BMW 8 Series Coupe than the 24-hour race at Le Mans,” says Klaus Fröhlich, board member of the BMW AG, Development. “The race is a pure demonstration of passion, dynamics and long-distance capability. These characteristics define our new sports car in a special way”.