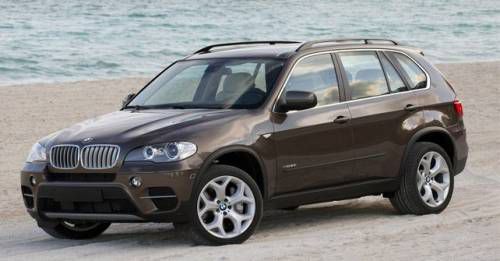 BMW X5 and X6 models produced between 2011 and 2014 will be called back for repairs in the US and Canada.

BMW has announced that it will be adding over 134,000 vehicles to a 2016 recall over a faulty driveshaft joint. The current recall comprises mainly SUVs including the X5 and X6 models sold between 2011 and 2014 in the United States and Canada.

The problem with the faulty driveshaft surfaced in 2016 when BMW found that faulty driveshaft joints could possibly fail and force some of the vehicles to an involuntary halt. As per the manufacturer, the problem lies with some front universal joint seals that could cause water and dirt to leak into the joint, leading to faster wear and tear of the component. Last year, the company had recalled over 21,000 vehicles over this issue. Now BMW says that it has decided to expand the recall to 134,000 more vehicles since there has been an increase in warranty claims for fault in the same component in the past year itself.

As per BMW, there haven’t been any reports of injuries or accidents owing to faulty driveshaft joints as of now. The joints will, of course, be replaced at the earliest without any cost to the affected vehicle owners. The recall drive will officially commence from April 24, 2017.

Apart from this, BMW also recalled over 230,000 vehicles earlier this year across the world. That was, however, due to faulty Takata airbag inflators as BMW is one of the manufacturers that’s been affected by Takata’s global airbag fiasco among other automakers like Toyota, Honda, Nissan, etc.