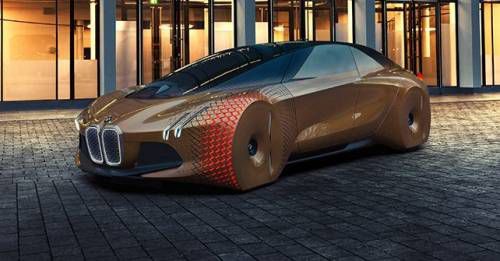 At the annual general meeting, BMW’s chairman of the board of the management, Harald Krueger announced plans for electric mobility and targets.

In five consecutive years, BMW will roll out five new electric/hybrid models. The five models include the new Mini Countryman plug-in hybrid which made its debut recently. The hybrid Countryman will roll out this year. In 2018, the BMW i8 Roadster is said to hit production which will be followed by a pure electric Mini in 2019. A fully electric BMW X3 compact SUV has been confirmed for production in 2020. Krueger also confirmed the BMW iNEXT will also will make it to production in 2021. The iNEXT will me manufactured at the companies Dingolfing plant in south Germany.

To meet the forecasted demand for electrified vehicles globally, BMW has also included the adaptation of their entire production network to alternative drive trains. This means that on the same assembly line, BMW will try and adapt the assembly of internal combustion engine powered cars with hybrid and electric cars to produce them cumulatively to achieve more flexibility.

BMW has partnered with Toyota to co-develop a sports car. This will be the replacement of the now discontinued BMW Z4 and the spawn the new Toyota Supra. As it turns out, the BMW and Toyota partnership doesn’t end there. Kruger stated that both the companies are now working together on fuel cells and will be launching an initial small series model by 2021.

BMW have updated nearly their entire line up now, and by the end of 2018, the Bavarian company plans to introduce more than 40 new and revised models with the main focus being the 5 Series. In addition, BMW will also expand the X family with the launch of the new X3 this year. In 2018, the X2 and the X7 will make their debut as well. Also confirmed for its debut in production form with the resurrection of the 8 Series coupe which has now been confirmed.

Kruger, being the chairman of the board, also stated that the eighth generation of the Rolls Royce Phantom is also on its way. The Rolls Royce Cullinan, the brand’s first ever SUV is also slated for launch in 2018.