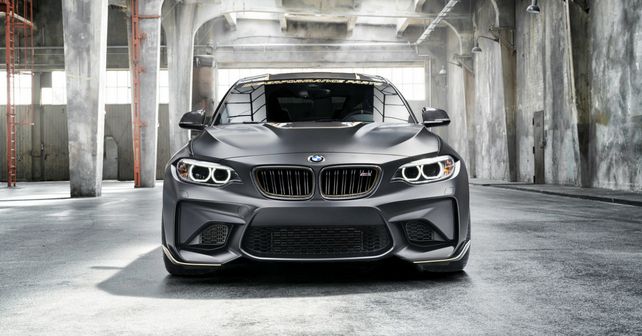 The M Performance Parts Concept previews new lightweight components, which will be soon available on the M2 Competition.

BMW has revealed the new M Performance Parts Concept at the ongoing Goodwood Festival of Speed. The concept, which is based on the M2, has been engineered with the aim of reducing the car’s overall bulk by installing new lightweight parts.

The concept features a raft of new parts, which help shed 60 kilos of its weight when compared to the stock M2. Carbon fibre has a particularly important role to play in this weight-saving game. The carbon bonnet saves eight kilograms as compared to the standard component. The M Performance carbon fibre front side panels save additional three kilograms, while optimising aerodynamics at the same time.

Moving on, the M Performance carbon fibre roof in clear finish reduces the car's weight by another six kilograms. The new wheels with 19-inch M Performance forged alloys and semi-slicks not only provide visual highlight but also make the wheels six kilograms lighter than the standard wheels. 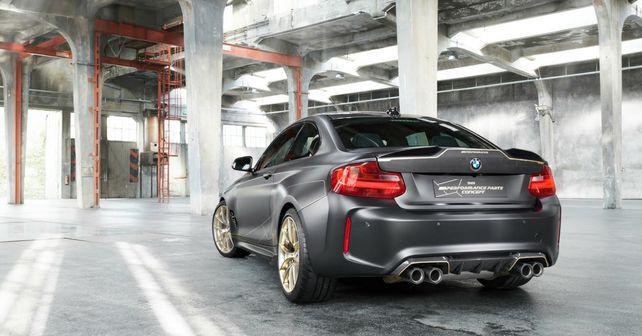 The BMW M Performance Parts Concept is presented at Goodwood in the exterior paint finish of Frozen Black with M Performance wrapping in gold for accentuations and inscriptions. Inside, Alcantara and carbon fibre further emphasise the concept’s exclusivity, along with more golden accents. The lightweight rear seats on the concept chop-off additional 13kg from the car.