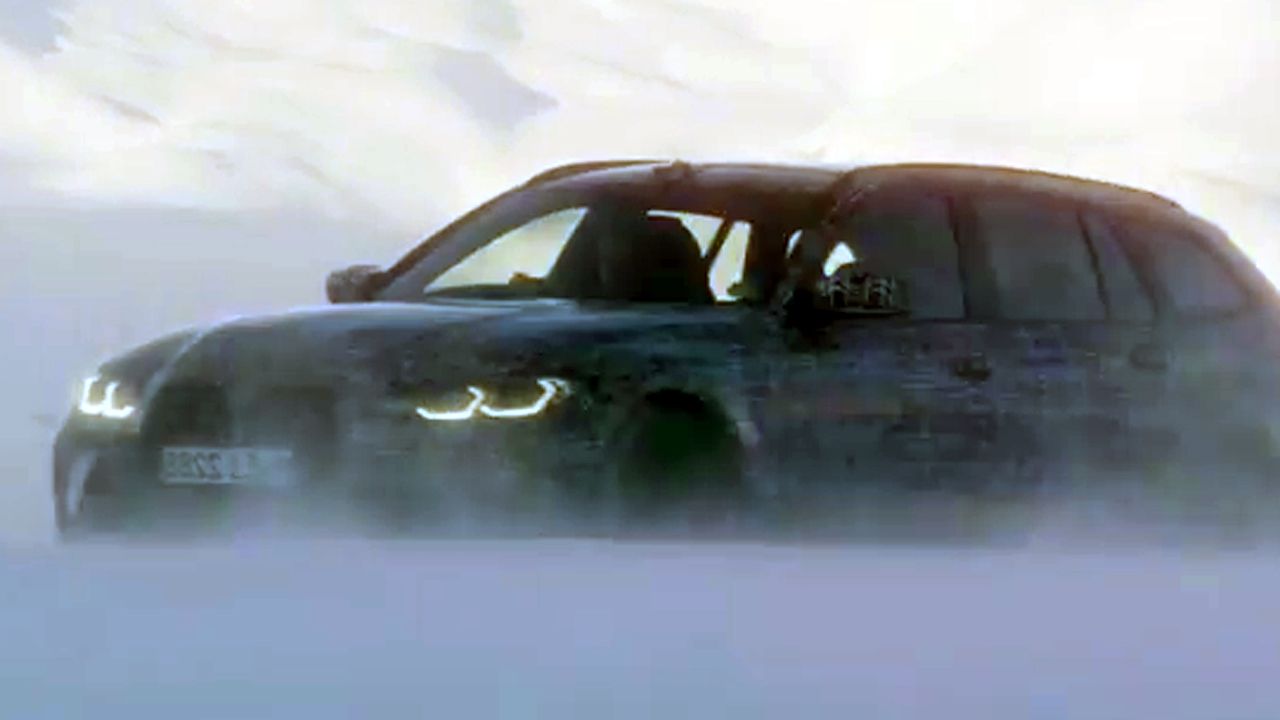 Though it was confirmed way back in 2020, the first-ever M3 Touring now seems to be ready for its global reveal this year!

Back in August 2020, just a few days before the official global reveal of the new M3 and M4 (G80), BMW had confirmed that the M3 range will expand in the near future with the arrival of the first-ever series-production M3 Touring model. At that time, BMW had only shown a teaser image of the M3 Touring's rear design and now, the folks at Munich have posted a new teaser video of a camouflaged M3 Touring prototype dancing around in the snow. In a way, this was predicted as the model is nearing the end of its two-year development cycle but nonetheless, the excitement caused by the latest teaser remains as potent as ever.

In the video, the M3 Touring prototype can be seen drifting in the snow to write '2022' on the ground. Based on our analysis, the message not only highlights a New Year greeting but also hints at the car's impending global reveal. Plus, it's BMW M's 50th-anniversary in 2022 so it gives the marque all the more reason to unveil the M3 Touring this year alongside many more M models, like the production-spec XM SUV (the brand's first plug-in hybrid), the 2022 M3/M4 CS, etc.

Though the confirmed specs of the M3 Touring are still a closely guarded secret, multiple reports do seem to suggest that it will go on sale exclusively in the 'Competition' guise, with the xDrive AWD system as standard. For reference, the BMW M3 Competition uses the 3.0-litre twin-turbo inline-six unit that develops 473bhp and 550Nm of torque. These figures are expected to remain unchanged on the M3 Touring, for now.