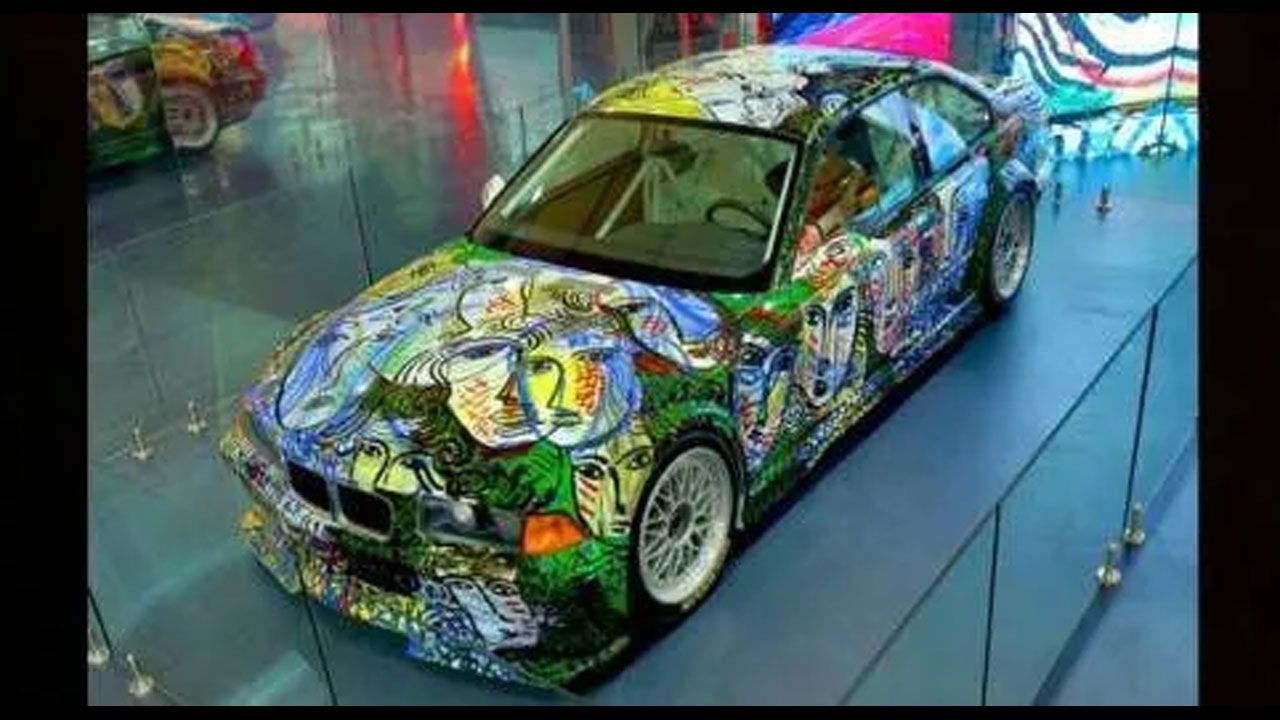 If you are a fan of cars and art alike, you might already know a thing or two about BMW Art Cars. For over four decades, BMW - in association with design enthusiasts and artists - has been showcasing its Art Car collection across the globe including India. This year is no different as the firm recently showcased its 13th BMW Art Car (of a total of 17 examples) at the India Art Fair 2017 in New Delhi.

The BMW Art Car that graced the firm’s stall at the India Art Fair this year was the 1992 M3 GTR created by Italian artist, Sandro Chia. As per the firm, Chia is the only Italian artist that’s been asked to put his mark on a BMW Art Car so far. As for his artistic impressions, Chia wanted to give the car a combination of BMW’s design language along with his perspective of multiple gazes of the onlooker, and how the car reflects on them.

“I have created both a picture and a world. Everything that is looked at closely turns into a face. A face is a focus, a focus of life and the world. It is the centre of attraction. People look at it. This car reflects those looks,” says Sandro Chia.

Commenting on the occasion, Frank Schloeder, President (act), BMW Group India said, “Cultural communication has been one of the long-standing commitments of BMW Group. The partnerships we build strengthen intercultural dialogue and create platforms for multidisciplinary exchange. The BMW Art Cars collection spans the work of prominent artists across continents. Together they form a mirror of contemporary culture, as exemplary as it is unique. Through the exclusive showcase of the BMW Art Car by Sandro Chia at the India Art Fair, we bring yet another coveted masterpiece of art closer to connoisseurs and patrons of art. Visitors will be able to discover the design and creative process of the 13th BMW Art Car at the India Art Fair 2017.”

BMW Art Cars, or Rolling Sculptures, was an idea coined by French race car driver and art aficionado, Hervé Poulain, and Jochen Neerpasch - then BMW Motorsport Director. Poulain asked his artist friend Alexander Calder to design an automobile with artistic impressions. The result of that was a BMW 3.0 CSL which competed in 24 Hours of Le Mans in 1975. Since then, 17 international artists have designed BMW models, carrying forward the tradition.