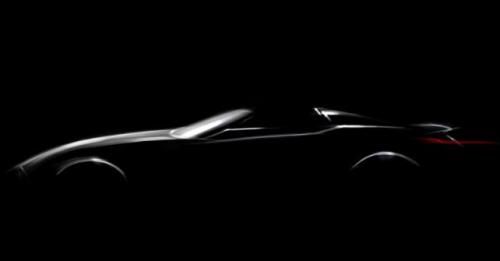 BMW is on the verge of revealing a new roadster, which is said to succeed the now discontinued Z4.

BMW, in a sketch teaser, has confirmed the existence of an upcoming roadster - that is slated to be revealed at Pebble Beach Concours d’Elegance on August 17, 2017.

This roadster is speculated to be the successor to the Z4 Roadster - on which BMW pulled the plug in 2016. While exact details of the new car’s name is yet to be revealed, rumours point towards the Z4 name being continued on it. Possibility of BMW joining the ongoing hybrid bandwagon with this new roadster is also quite likely.

Media reports suggest that this new roadster is supposed to be based on the new sportscar platform that BMW has jointly developed with Toyota. Toyota has always been clear about the development of the next generation Supra on this platform, but details from BMW’s side have always been vague.

It is said that the new Toyota Supra will draw its power from a BMW straight-six petrol engine, alongside an electric motor on-board for additional power. This setup will be mated to a Toyota developed dual clutch transmission. It makes sense for BMW to use a similar setup on its upcoming roadster since it will share quite a bit with the new Supra.

Those are a lot of rumours surrounding a single vehicle. Hopefully, BMW will not shy away from revealing all the technical details once the car goes official.