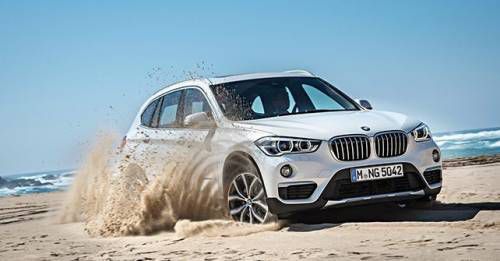 The BMW X1 petrol will only be available in one variant and is priced at Rs 35.75 lakhs

BMW has had quite a busy month so far and they have managed to find ways to keep us auto-journalists busy as well. Earlier this month, BMW global had their Annual General Meeting where they announced the unveil of the 8 Series Coupe concept towards the end of May. Soon after, BMW India updated their website and silently brought back the 330i badge in the 3 Series. And now, the company has once again surprised us with the launch of the petrol powered X1. Priced at Rs 35.75 lakhs (ex-showroom Delhi), the X1 petrol is on sale only in the xLine variant.

While in the 3 Series the 20i was recently replaced by the 30i, in the X1 petrol has been plonked with the former. In BMW’s most affordable SUV offering, the 2.0-litre four-cylinder turbocharged motor makes 189bhp and 280Nm, which is 9bhp and 10Nm more than what it made in the sedan. The engine, however, continues to be mated to an ZF-sourced 8-speed transmission. BMW claims that the X1 can do the 0-100km/h dash in 7.7 seconds.

Taking into consideration BMW’s recent launches, it is evident that the company is shifting its attention from diesel to petrol. While on the topic, BMW also seems to have discontinued the ‘30d M Sport’ variant of the X3 with the massive 3.0-litre six-cylinder motor. Now, the X3 is only available in the 20d and 28i engine options. Yesterday, the Munich-based car maker also added another variant, the M760Li, to the flagship 7 Series sedan.