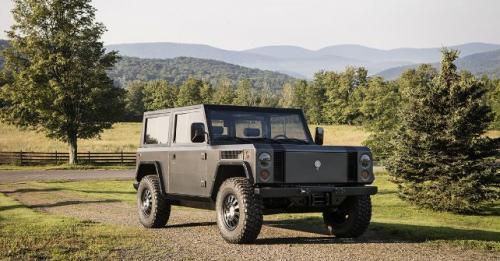 This new ‘sports utility truck’ coming from the house of a small American car maker might change your perception of what an EV should be.

Take any all-electric car - be it Tesla Model S, BMW i8, Nissan Leaf or Lucid Air, among many others - all of them feature futuristic aesthetics that reflect that they’re powered by the technology of the future.

Now, enter B1 - a vehicle made by a New York based young carmaker - Bollinger Motors. With its classic boxy design, the Bollinger B1 looks so ridiculously old-school that you’d imagine some kind of a big, crude, alarmingly polluting diesel motor to be sitting under its bonnet. However, this truck is as future proof as anything from Tesla’s stable.

This machine draws its power from either a 60 kWh or 100 kWh battery pack combined with a pair of electric motors - collectively producing 360 horsepower and 640Nm of instantaneous twist force. That’s some healthy electrical force right there, and a 0-100km/h sprint time of just 4.5 seconds further proves it right.

The 60 kWh pack on the Bollinger B1 will provide about 195km of driving range and will take 7.3 hours to fully charge - the charge time can be reduced to just 45 minutes if one upgrades to the available DC fast charger. The bigger battery pack will go 320km before getting exhausted and will take 12.1 hours or 75 minutes to charge depending upon the power supply. Bollinger’s claimed efficiency of 28.65 km/l equivalent sounds impressive for such a vehicle. 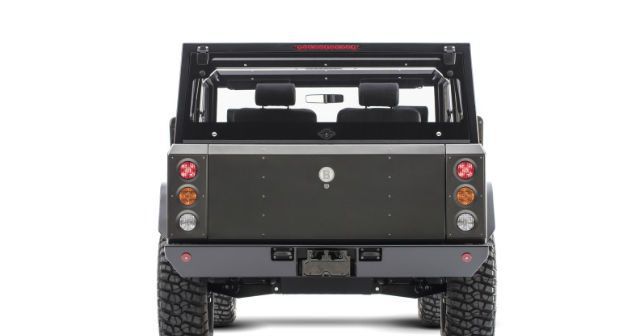 The American company calls the B1 a ‘sports utility truck’, and just in case you could not judge by its looks - it is designed to challenge toughest of the terrains. The SUV has electric motors equipped on both front and rear wheels, giving it true AWD abilities. It also features a four wheel independent suspension, adjustable ground clearance and disconnecting anti-roll bars.

Bollinger claims that the B1 will officially start selling in the US in around 19 months from now. Just don’t expect to see this offbeat EV in India anytime in the foreseeable future.