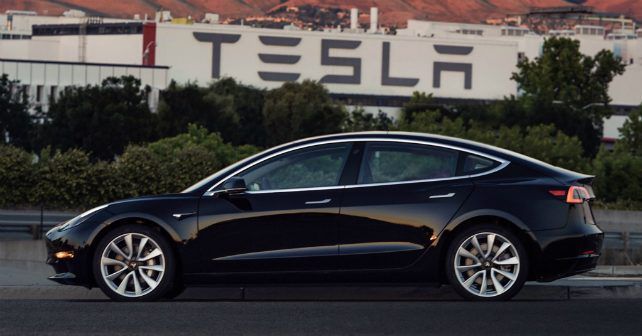 The Tesla Model 3 is in the spotlight yet again.

Tesla CEO Elon Musk has accepted that the Model 3 is affected with a braking issue. However, Musk has confirmed that it can be fixed through a software update that should be rolling out very soon.

Model 3’s braking issue was first highlighted by the US-based publication Consumer Reports, which discovered that the car had very inconsistent braking during its road tests. Addressing this issue, Musk tweeted, “With further refinement, we can improve braking distance beyond initial specs. Tesla won't stop until Model 3 has better braking than any remotely comparable car”.

Looks like this can be fixed with a firmware update. Will be rolling that out in a few days. With further refinement, we can improve braking distance beyond initial specs. Tesla won’t stop until Model 3 has better braking than any remotely comparable car.

This isn’t the first time that the Model 3 is plagued by safety issues. Very recently, another American newspaper - The Wall Street Journal - published a report claiming that many Tesla engineers had expressed concerns about functioning of the enhanced cruise control system, suggesting that more sensors were needed for it to work as intended. But Musk allegedly rejected the proposal, claiming the measures to be too costly.

Musk, however, responded to this report in a tweet saying, “This is false. Eyetracking rejected for being ineffective, not for cost. WSJ fails to mention that Tesla is safest car on road, which would make article ridiculous".