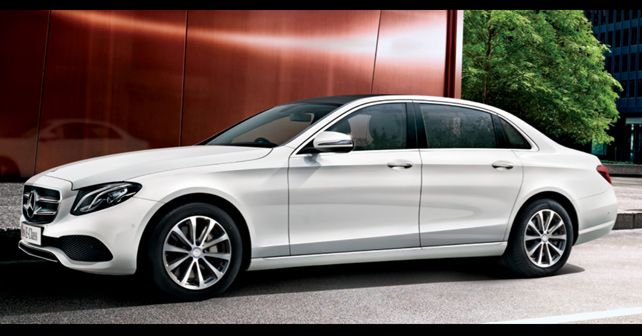 With this update, the E350d bids goodbye to the V6 diesel and welcomes an in-line six-cylinder – same as the one on the G350d. The E350d will only be on sale in the fully-loaded Elite trim.

Mercedes-Benz has silently added another variant to the E-Class line-up, a more powerful one. The company has updated its official website and added the E350d as part of its portfolio. The mid-size luxury sedan is priced at Rs 75.29 lakh (ex-showroom Delhi), making it nearly Rs 11 lakh more than the Exclusive trim of the E220d.

Sitting at the top of the variant range, Mercedes has only introduced the E350d in the fully loaded Elite trim. In terms of exterior, there are no major visual differentiators between the lower-spec E200/220d and the E350d, with the exception of larger 18-inch alloy wheels on the latter. Inside, however, the E350d gets exclusive open-pore black ashwood trim. Aside from all the equipment from the lower variants, the E350 also gets memory function for the front and rear seats, wireless charging for the front and rear passengers, an illuminated rear door sill, a 360-degree camera, and more.

The Mercedes-Benz E350d will compete against the likes of the BMW 530d and the 630d, which are priced at Rs 68.4 lakh and Rs 75.90, respectively. Although the A6 also locks horns with the E-Class, Audi hasn’t introduced a diesel option with the latest update.