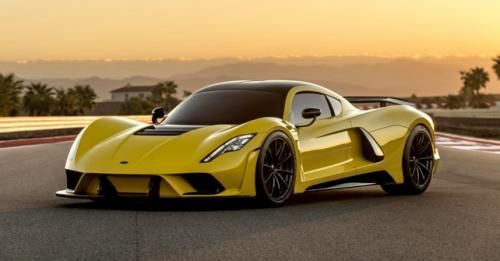 Hennessey claims that electrification was not even considered during the making of its 1,600bhp hypercar. Additional weight or complexity was avoided to achieve a low 1,338kg kerb weight.

Hennessey’s long due hypercar, the Venom F5, has been revealed in all its superlative glory. Unlike the previous creations of Texas-based Hennessey, the Venom F5 is a completely in-house developed model.

Audaciously aiming at the Bugatti Chiron, the Venom F5, just like its French rival, is engineered to achieve the 300mph (~483km/h) mark without breaking a sweat. The F5, however, aims to achieve this target with half the number of cylinders - it draws its mechanical force from a 7.4-litre, twin-turbo V8 engine that pumps 1,600 horses and 1,763Nm of twist force, which, for reference, are about 100bhp and 165Nm more than Bugatti. A 7-speed single-clutch automatic gearbox transmits power to the F5’s rear wheels.

The F5 benefits from a carbon fibre tub and clever aerodynamics, helping it achieve a drag coefficient of 0.33. It also features a functional rear-end that dissipates heat, trick rear diffuser and a flat floor to enhance its abilities. The car that debuted at SEMA 2017 sits on Michelin Pilot Sport 4S tyres, however, Hennessey is in talks with Michelin and other companies for a bespoke tyre for the F5. 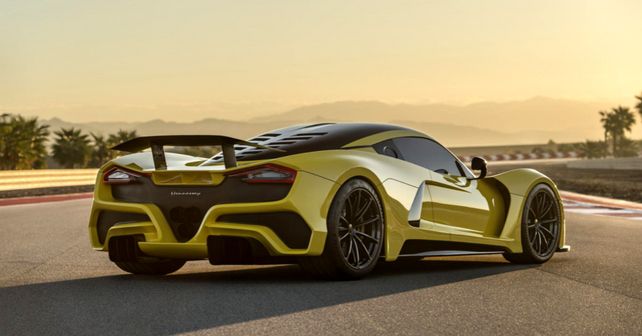 With such power, it’s understandable why Hennessey has not bothered to reveal insignificant figures like the 0-100km/h time for its new hypercar. Instead, the 0-300km/h sprint is claimed to be dismissed in under 10 seconds. The Texas-based company also predicts the 0-400-0km/h time to be below 30 seconds, which is a bold claim because it’s full 12 seconds lesser than the Chiron’s time.

While Henessey’s record braking claims are yet to be proved, what is certain is that the Venom F5 will remain super exclusive - only 24 units of the hypercar car planned to be produced, each costing USD 1.6 million (~Rs. 10.3 crore), before the optional extras, that is. 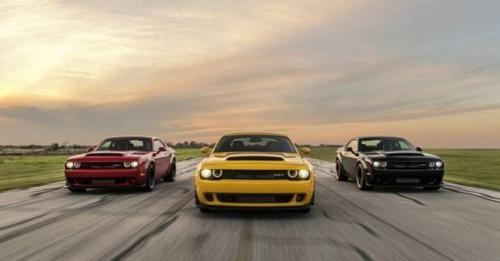