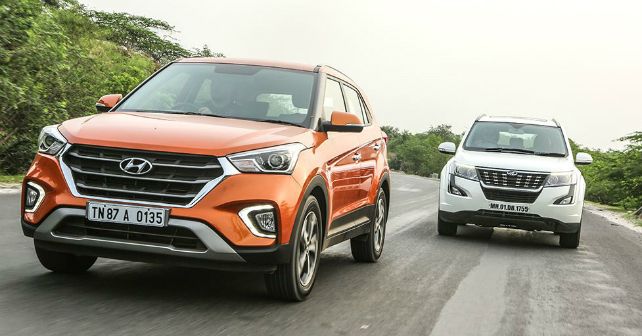 With the exception of Hyundai, most car makers have seen a dip in domestic sales this month

Car sales in the month of July 2018 have experienced a drop. In 2017, the government announced a revision in the way the vehicles are taxed in the country. With GST set to come into force and likely to reduce the price of most cars, buyers held back from their purchase in June 2017 – effectively leading to increased sales in July 2017, after the reforms came into effect. Manufacturers haven’t been able to sell as many numbers this time around, resulting in a clear dip in domestic sales.

In comparison to the 1,65,346 units in July last year, Maruti Suzuki could only manage to sell 1,64,369 units last month. Sales in the domestic market dropped by 0.6 per cent – from 1,53,298 units in July 2017 to 1,52,427 units in July this year. The Manesar-based carmaker has taken a huge hit in the sales of the Ciaz. With the facelifted version of the C-segment sedan coming in next month, Maruti Suzuki could only sell 48 units of the model on sale currently. Maruti Suzuki sold 6,377 units of the Ciaz in the same month last year. The company did record a noticeable growth in the sales of certain models like the Swift, Ignis, Baleno and DZire.

Despite all the aforementioned reasons, Hyundai managed to register a marginal growth of 1.1 per cent in the domestic market. The Korean carmaker sold 43,481 units in July 2018 as opposed to 43,007 units in the same month last year. Exports, however, have grown by a substantial 31 per cent. In the month of July 2017, Hyundai shipped out 12,308 units. Last month, however, the company registered sales of 16,109 in the export market – a growth of an impressive 31 per cent.

Just like Maruti Suzuki, Toyota also suffered a reduction in sales numbers in July this year. In July last year, the company sold 17,750 units, but this year they could only push 13,677 units off the shop floor. That said, if you look at the numbers for June and July, the company has managed to register a growth of 36 per cent. Speaking about the same, N. Raja, Deputy Managing Director, Toyota Kirloskar Motor, said, 'June-July 2017 was a unique case owing to last year’s GST scenario, wherein we supplied as per the market demand, which was impacted due to impending GST implementation. With the dedicated efforts of all our stakeholders, we have registered significant growth in June-July 2018 irrespective of the highest July sales last year.' The Toyota Innova Crysta continues to be a general favourite and is the highest contributor to June-July sales growth. In fact, the model itself has registered a growth of 21 per cent over last year.

Domestic sales for Ford India dropped down to 7,816 units in July 2018 from 8,418 units in July last year. Ford’s overall sales, including exports, has also taken a hit – down from 26,075 units in July ’17 to 25,028 in July ’18. In an official statement, the company said that the transport strike impacted production as well as shipment of its vehicles. Despite the reduction in sales numbers, there was a reason for Ford to rejoice as they sold their one-millionth vehicle last month.