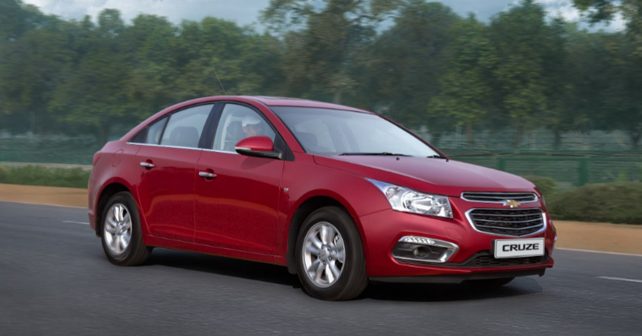 The Chevrolet Cruze has been given a breath of fresh air as GM India has launched a facelifted version of the sedan with some mid-life updates on the inside-out. Prices of the Chevrolet Cruze facelift start at Rs 14.68 lakhs and go up to Rs 17.81 lakhs (Ex-showroom, Delhi).

Improvements over previous model are mainly cosmetic in nature. The front-end design has been revised and has a lot more ‘bling’ appeal to it now. Noticeable changes include a new grille design, addition of LED daytime running lights, and projector foglamps with chrome inserts. Rear end of the car is left untouched, albeit there’s a lip spoiler to help you distinguish it from older models.

Interior of the new Chevrolet Cruze continues to come finished in a black and silver theme. The main highlight of the cabin though is the new 7-inch My-Link touchscreen infotainment system. Some of the features of the new infotainment system include internet radio functionality, Siri eyes free compatibility for Apple iPhone/iPad users, Bluetooth streaming & voice control, and touch controls for air-conditioning system. 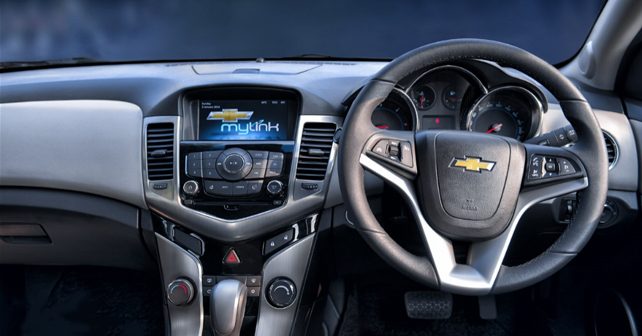 On the mechanical front, the Chevrolet Cruze facelift comes with the same 2.0-litre VCDi turbocharged diesel engine that develops 164bhp of max power and 380Nm of peak-torque. Customers can opt between a six-speed manual and a six-speed automatic gearbox. The manual version has a fuel economy of 17.9km/l whereas the automatic returns 14.81km/l, claims GM.

Commenting on the occasion, Kaher Kazem, President and Managing Director, General Motors India, said:  “The Chevrolet Cruze 2016 redefines the premium executive sedan with striking new styling and added features along with the most powerful diesel engine in its segment. Since its launch, Cruze continues to be one of the largest-selling Chevrolet nameplates selling over 3.5 million units globally.”

The Chevrolet Cruze competes against the likes of the Skoda Octavia, VW Jetta, Toyota Corolla Altis and Hyundai Elantra in the Indian market.