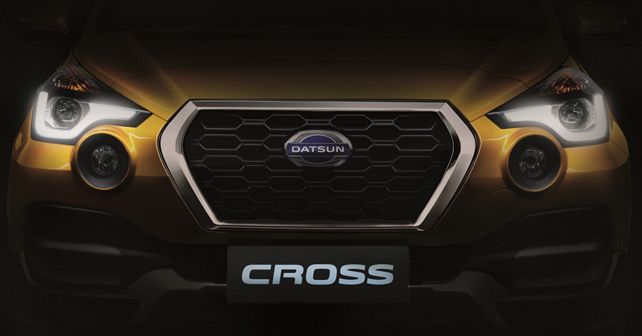 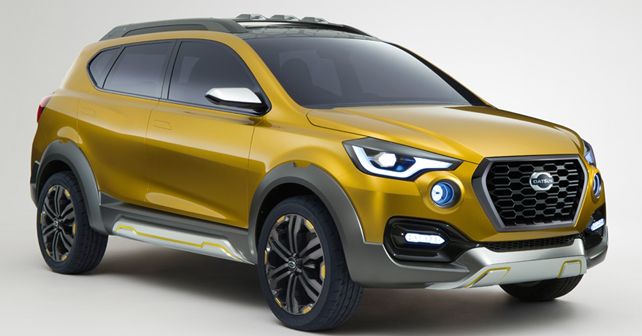 The production version of the funky Datsun Go-Cross concept is all set for its world premiere in Jakarta.

At te 2016h Delhi Auto Expo, Datsun unveiled the Go-Cross compact crossover concept, and after nearly two years the production version is all set to make its debut. Datsun has officially announced that the firm will unveil the compact crossover on January 18, 2018, in Jakarta, Indonesia.

Details about the new car are sparse at the moment, but from what we know, the Cross will be underpinned by the same platform that forms the base of the Datsun Go and Go+. In the revealed teaser image the production version retains the front-end of the concept, featuring a chunky pair of headlamps with LED DRLs and projector lamps along with two large fog-lamps. The grille has a typical Datsun touch with honeycomb treatment. As for the rest of the design, we will only know about it at the official unveiling. That said, some spy shots are already out, and they show the production version to have a lot of design influences from the Go+, albeit with extra body cladding. The interior design will also be borrowed from the Go+, but the cabin is expected to get some minor tweaks and updates.

Engine options for the Indonesian market will include the same 67bhp/104Nm rated 1.2-litre petrol engine that powers the Go+. The engine is mated to a five-speed manual gearbox, but an automatic transmission is also expected to be introduced with the crossover.

Since the Datsun brand mainly caters to emerging markets, the Cross will be launched in India later this year.