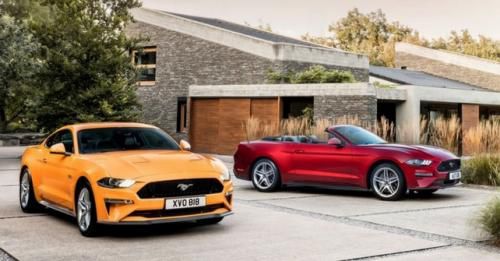 The Euro-spec Mustang GT gets cosmetic enhancements and mechanical tweaks.

Ford has unveiled the European-spec version of the Mustang facelift. The North American spec 2018 Mustang was revealed earlier in 2017 - and aesthetically, the Euro-spec model looks exactly the same. However, Ford claims that the Euro-spec model has been fine tuned to suit the local taste.

The biggest change on the 2018 Mustang comes in the form of updated powertrains. The GT’s 5.0-litre V8 has witnessed a good 34bhp jump - escalating the total horsepower count to 444. On the contrary, the Mustang EcoBoost has undergone a drop in power - 286bhp vs 310bhp.

However, Ford claims that the power drop will not hamper the EcoBoost’s performance - as the company has incorporated an overboost function in the new available 10-speed automatic transmission. The very same gearbox is also paired up with the V8 GT. The standard gearbox setup on both the Mustang variants remains a 6-speed manual, which also has been tweaked for optimal torque delivery.

The 2018 model gets an updated suspension, which is tuned for European roads - this includes new shock absorbers, and dampers. The updated car, in its V8 GT guise, also gets a standard active exhaust system - interestingly, with a ‘Good Neighbour Mode’, which basically tames the V8’s growl during start up. 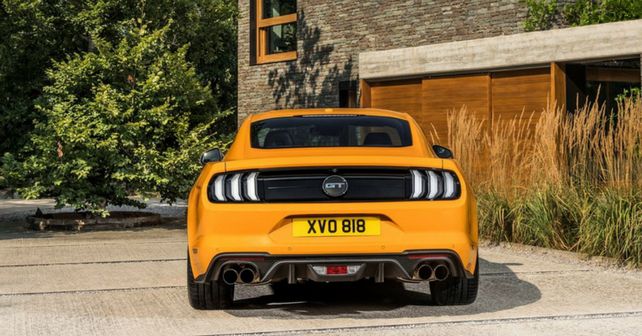 On the outside - the Mustang facelift gets subtle tweaks in the form of updated bumpers, redesigned headlamps and taillamps and a lower grille. On the inside - there is a new customisable information screen to replace the traditional analogue dials.