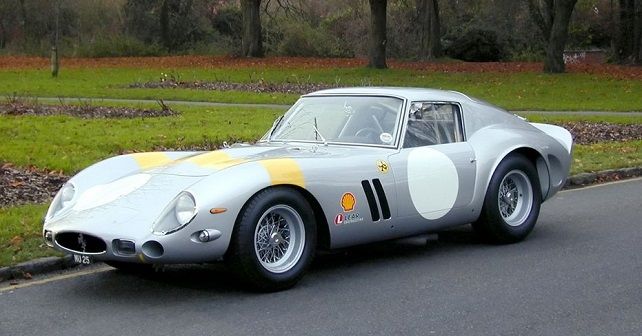 Why do some classic cars have outrageous price tags? Just recently a Ferrari 250 GTO, which is one of the rarest cars in the world, sold for a whopping $ 70 million (Rs 469 crore). That amount may seem absurd and ridiculous but in the world of classic car collections this seems quite right and deserving. The car in question is a Ferrari 250 GTO, and many similar models in the past have broken records as well. But, this one is now the highest ever paid for a car ever.

Usually, a classic car's history, uniqueness and maintenance and upkeep play a huge role in determining how much it can be sold for. Well, in this case this1963 Ferrari 250 GTO, which is also one of the most well preserved with an incredible story behind it, has good reason to be sold for such a high amount.

The car has been sold to Ferrari collector and WeatherTech CEO David MacNeil for a rumoured $70 million. Carying serial number 4153 GT, this is one of the most celebrated of the 39 250 GTOs ever produced, due to its competition history and its originality. Even more interesting is that even though it was a proper race car, it's never been crashed. It’s also highly distinctive in its silver and yellow livery rather than the more usual red, and was the subject of a dedicated high-quality book published last year by Porter Press. So, the car certainly is well preserved and quite popular.

In its first two years it was raced by the famous Belgian teams Ecurie Francorchamps and Equipe National Belge and it also finished fourth in the 1963 Le Mans 24-hours, driven by Pierre Dumay and Léon Dernier. It also won the prestigious ten-day Tour de France road race in the hands of Lucien Bianchi and Georges Berger in 1964. In 1964–’65 alone it competed in 14 events, including the Angolan Grand Prix in Africa. It was then raced in Spain from 1966 to ’69 by owner/driver Eugenio Baturone. Things went quiet for the GTO after that until the late 1980s, when it was bought by Frenchman Henri Chambon, who drove it in a number of competitive historic events and rallies, before selling it in 1997 to the Swiss Nicolaus Springer. The car was then sold and restored again before finally being sold right now to its new owner for a record price.