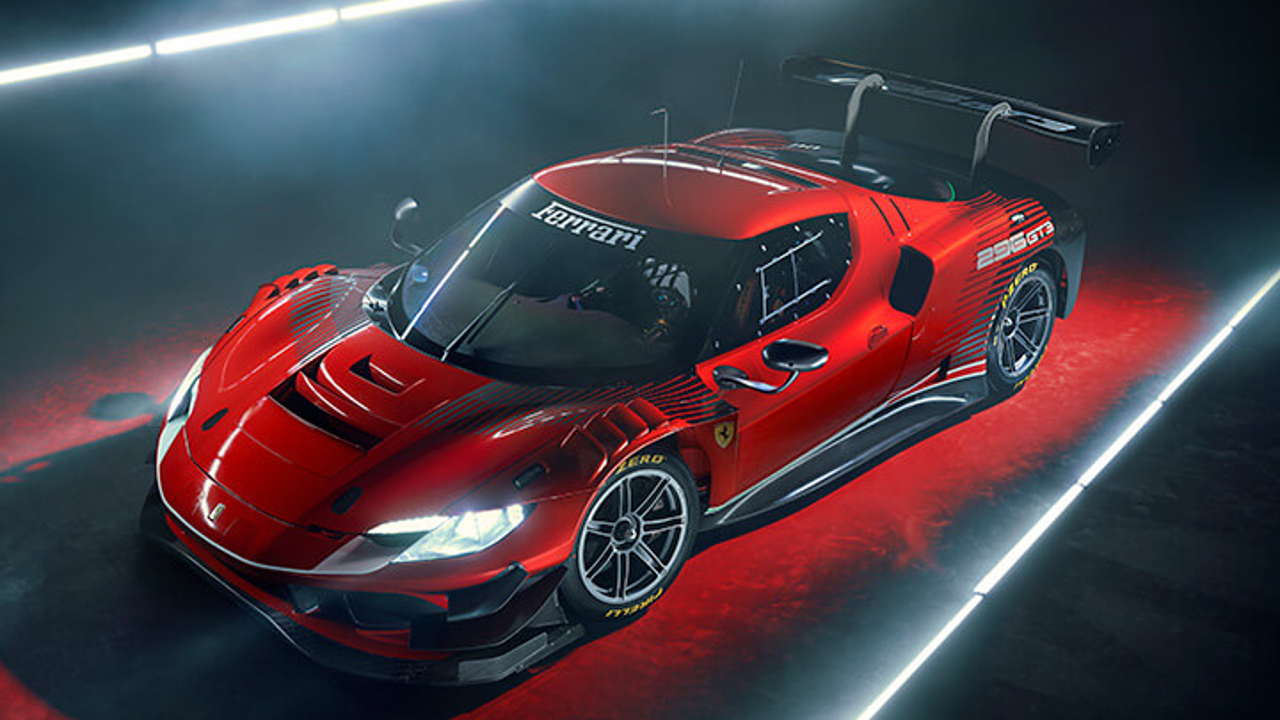 Ferrari has dropped the wraps on its all-new 296 GT3 race car. The car will replace the previous 488 GT3 that has helped Ferrari achieve 429 wins in both standard and Evo guises. Track testing for the car is expected to begin in the coming with the racing debut scheduled for 2023.

In terms of design, the 296 GT3 is based on the standard 296 GTB coupe. The car comes with an aggressive, aero-focused design. At the front, the design has been tweaked and now comes with a pronounced splitter, two large canards on each side of the bumper and several air vents on either side of the bonnet.

In comparison to the standard car, the car comes with a longer wheelbase alongside enlarged side skirts and a set of Rotiform-designed wheels. The car comes with a host of aerodynamic features as well. It gets a large swan-neck rear wing and diffuser at the rear. All these changes in the 296 GT3 provide 20% more downforce than the 488 GT3 and have a dry weight of 1,250kg. On the inside, the car gets a race-spec steering wheel, adjustable pedals and a safety harness and air conditioning.

In terms of powertrain, the car comes with a 3.0-litre turbo V6 petrol engine from the 296 GTB production supercar. In this iteration, however, the car ditches hybrid technology and is rated at 602hp and 709Nm. The power is put out via a transverse-mounted, six-speed sequential gearbox with electronic clutch actuation.

Since the hybrid powertrain is off the package, the unit is lighter which has allowed the company to place it lower down ad farther down than in the standard car. This has not only slowed the centre of gravity as well as 10% higher torsional rigidity. In addition to upgraded brakes, the car also gets an updated braking apparatus.