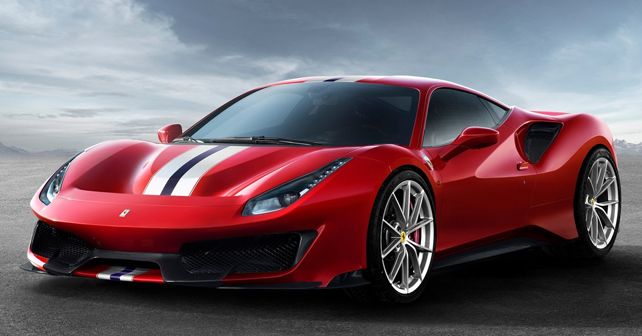 When they revealed the 488 GTB, Ferrari upped their game with the new twin-turbo V8. Then they revealed the 488 Pista recently which a lighter, faster, more powerful and tauter compared to the standard car. While it might seem its just a restyled example of the GTB with a €9,800 option sticker slapped on top, there is more than meets the eye. Here are five key elements that set the 488 Pista apart from the ‘off the shelf’ 488 GTB.

The standard 488 GTB can deliver 660bhp, but for the Pista, it just isn’t enough. Which is why Ferrari has tuned its 3.9-litre twin-turbo V8 to churn out 710bhp at 8,000rpm while torque output is higher by 10Nm from the standard car allowing for a maximum of 770Nm. 0-100km/h takes just 2.8 seconds compared to the standard GTB’s time of 3 seconds. Top speed is also higher by 10km/h going all the way to 340km/h. All of this is enabled by the fact that the Pista uses the engine borrowed out of the 488 Challenge race car.

The Pista is lighter as it uses components made from an alloy called – Inconel for the exhaust manifolds. This also makes the 488 Pista louder by 8db. Additionally, Ferrari for the first time has used carbon wheels on a production car which in true Ferrari fashion is a €15,000 option which saves 997grams of unsprung mass. The wheels have a 20-inch diameter wrapped in Michelin Pilot Sport Cup 2 tyres. Ferrari claims the hardcore supercar weighs in at 1,348kgs. Consider the power on tap, that is extremely light. 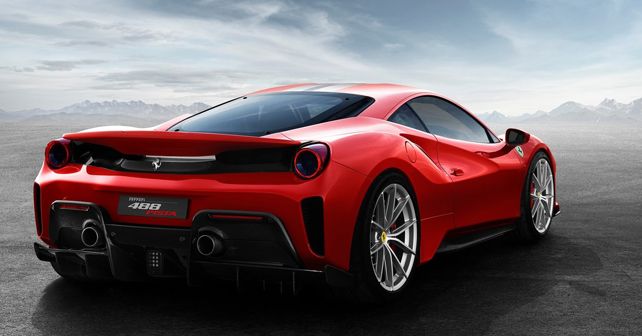 Of all the feats they have achieved with the Pista, the one thing Ferrari like to pat themselves on the back about is the vehicle dynamics they were able to develop which they call ‘Ferrari Dynamic Enhancer or FDE. The stability control in its second-least restrictive setting apply the brakes on its own but does not allow the torque to reduce when the vehicle begins to slide and oversteer. This allows the driver to be braver and more aggressive on the track and drift the car more easily with the belief that the electronics will not allow the car to spin out.

The 488 Pista’s design has been carefully sculpted to deliver the best possible aerodynamics to deliver the least amount of drag on the straight and the maximum amount of downforce in the corners. The lower front of the car extends farther compared to the GTB because it features a differently oriented radiator. The ‘S-duct’ which is a multi-layered horizontal panel that channels between the radiators, is directly inspired by the F1 car. The engine intake ducts are only in front of the rear spoiler which is housed above the massive twin exhaust pipes and the large rear diffuser. 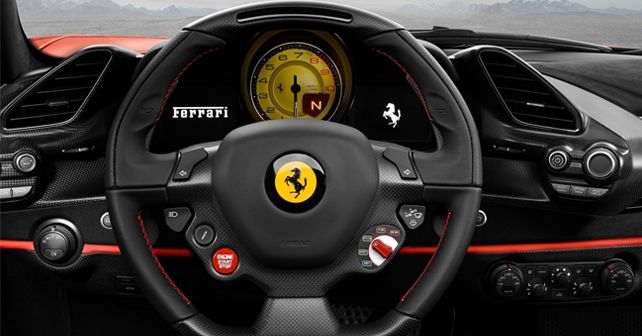 When you’re travelling at 200km/h, the Pista’s aero package is capable of generating 240kgs of downforce on the tyres. That is more than the standard GTB and 90kgs more than the Porsche 911 GT3 RS. All of this is achieved with the help of the S-Duct, and the bigger rear wing at the back, in addition, the upgrades on the undertray to make the front splitter and rear diffuser work effectively to their maximum potential.