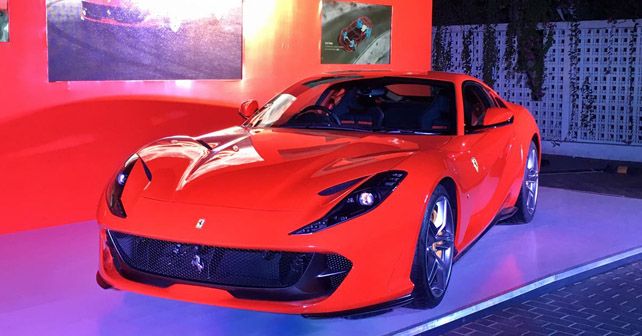 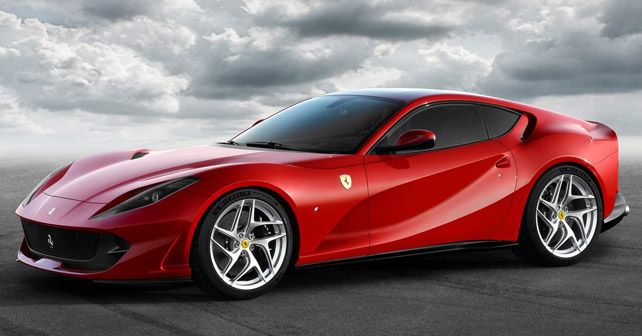 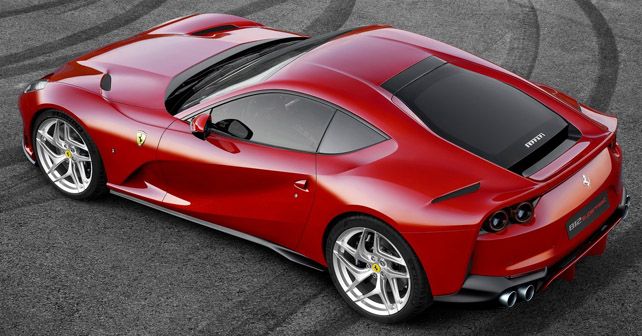 The most powerful road-going series production Ferrari lands in India with a hefty price tag.

Say hello to the first Ferrari 812 Superfast that has just landed on our shores. And the reason it’s here is that Ferrari has officially launched this V12 monster in India. Of course, it carries an eye-watering price tag of Rs. 5.25 crore (ex-showroom). However, that’s only the base price and you can always add more expensive options later on . . .

First showcased at the 2017 Geneva Motor Show, the 812 Superfast is the successor of the F12 Berlinetta – which was quite fast and mental, if you remember. The 812 Superfast takes the game forward now, and perhaps that’s why it flaunts the Superfast moniker. The latest Berlinetta is headlined by a naturally aspirated 6.5-litre (300cc bigger than the F12’s engine) V12 that churns out 789bhp and 718Nm of torque. The F12, in comparison, produced 730bhp and 690Nm. Clearly a step up from the old motor, then – so much so that Ferrari even claims that the 812 Superfast is the company’s most powerful and fastest road-going series production car (mind, the LaFerrari is more powerful, but it’s a ‘limited-series production’ model).

Power transmission duties are carried out by a 7-speed dual-clutch transmission, sending the drive strictly to the rear wheels. And, as you’d expect, its performance is pretty impressive. 0 – 100km/h is done in 2.9 seconds and 0 – 200km/h in 7.9 seconds. Top speed is 340km/h – something that you can’t possibly do on the Indian roads. You can, however, take it to the racetrack so as to exploit its vast reserves of performance. There's a lot of usual Ferrari trickery and aerodynamics to improve handling and grip when going fast. Also, don’t forget the fact that the Superfast is the first Ferrari to sport an electric steering.

There aren’t many rivals for the Ferrari 812 Superfast in India, but its compatriot, the Lamborghini Aventador S, is a close match in terms of price and sheer performance. Deciding between which one of the two to buy is going to be a head-scratching affair for sure, but then, it's a very nice problem to have!