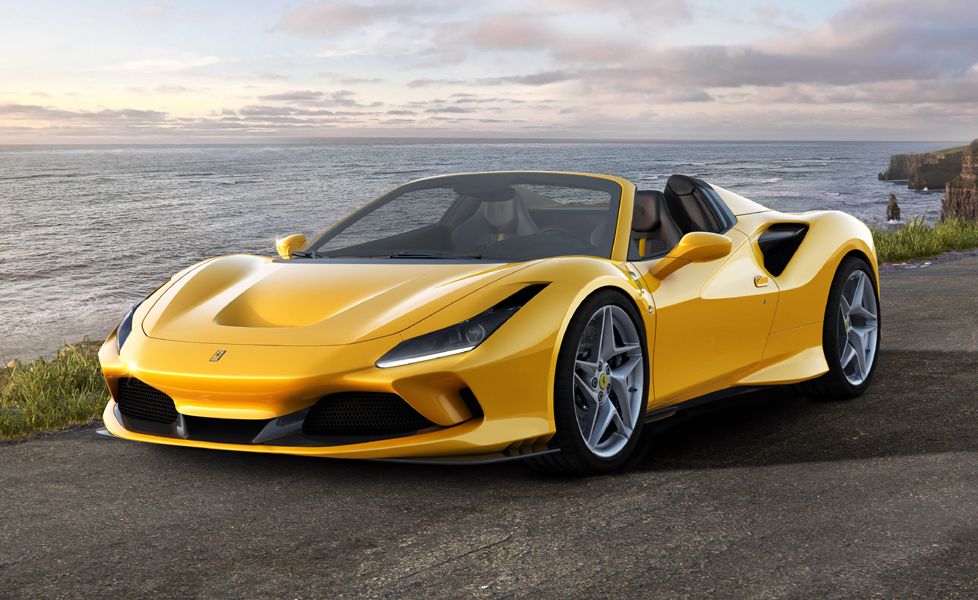 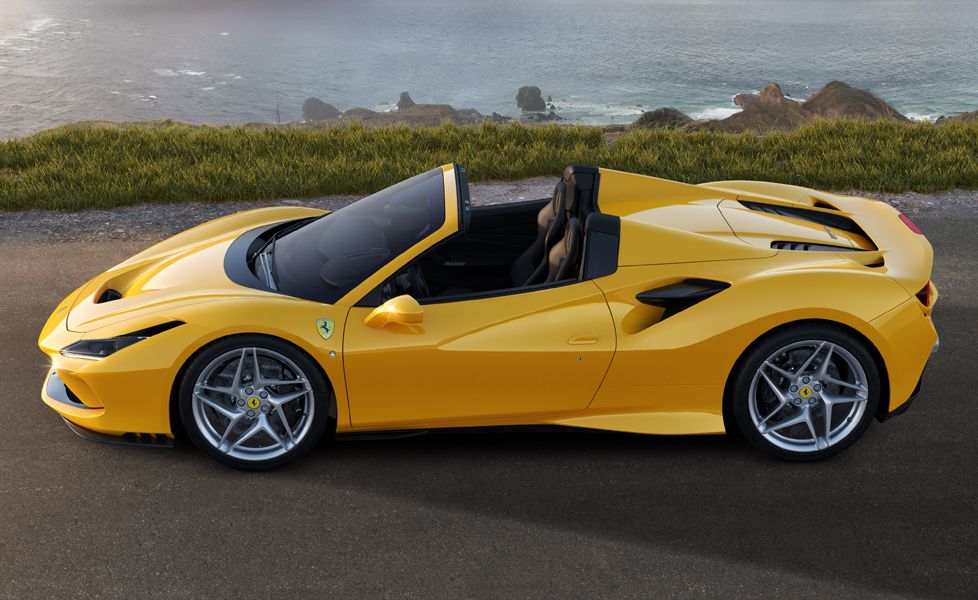 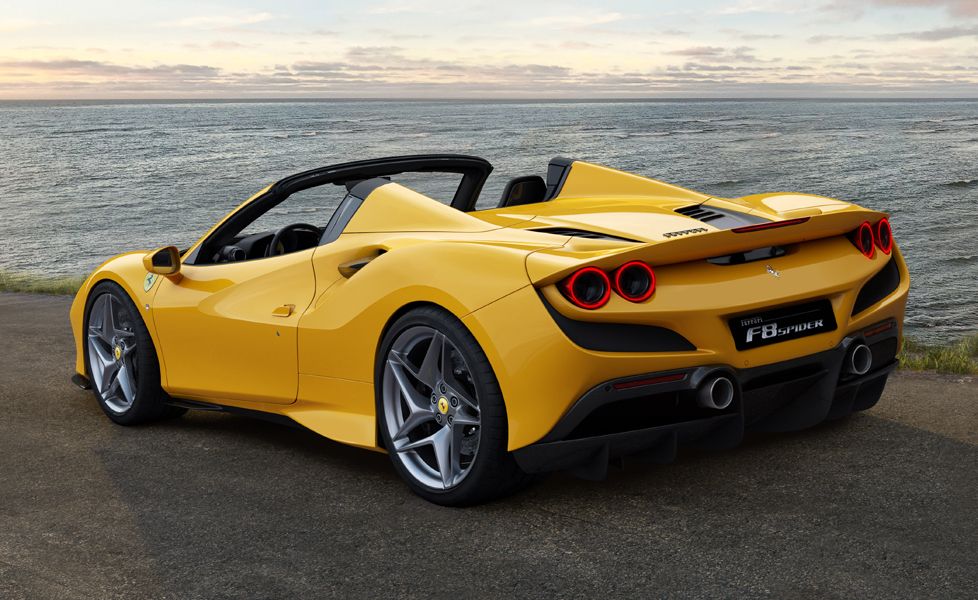 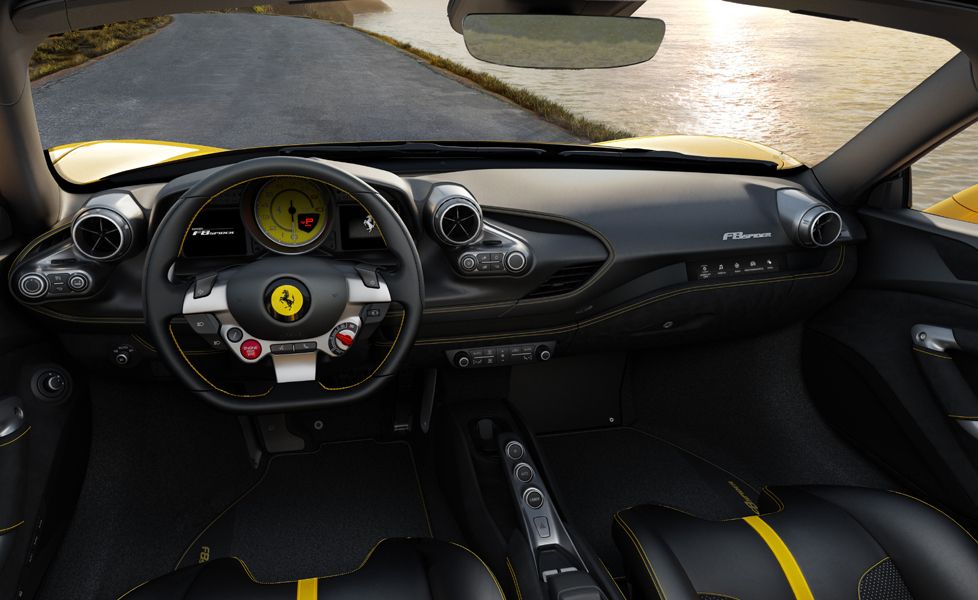 The Ferrari F8 Spider is more powerful & lighter than the outgoing 488 Spider; matches the hardcore 488 Pista Spider in terms of its power figures.

Ferrari has pulled the covers off the new F8 Spider, which is the drop-top version of the F8 Tributo Coupe. The F8 Tributo was first shown in March 2019 as the successor to the brand's erstwhile V8 flagship, the 488 GTB. Likewise, the F8 Spider becomes the successor to the outgoing 488 Spider. Apart from a redesigned rear deck (courtesy of the new Manta-like engine cover) & the electric Retractable Hard Top (RHT), the F8 Spider remains visually identical to its coupe sibling. Both cars also share their mechanical underpinnings. The RHT can be operated at speeds of up to 45km/h and only needs 14 seconds to fully deploy/retract.

Like the F8 Tributo coupe, the F8 Spider is also powered by Ferrari's award-winning 3.9-litre V8. In the F8 Spider too, the 3,902cc V8 produces a menacing 711bhp & 770Nm of torque (50bhp & 10Nm more than the 488 Spider). To put things into context, these figures are matched by those of the 488 Pista Spider. However, the F8 Spider still remains a toned-down version when compared to the Pista, as the latter is 20kg lighter and features more hardcore driving tech. The F8 Spider, however, is 20kg lighter than the outgoing 488 Spider.

In terms of performance too, the F8 Spider matches closely to the F8 Tributo coupe but has improved considerably over its predecessor. Like its sibling, the F8 Spider can also do its 0-100km/h run in 2.9 seconds, despite the fact that it is 70kg heavier due to the RHT. However, the added weight has increased its 0-200km/h time from 7.8 seconds (F8 Tributo) to 8.2 seconds. The F8 Spider's top-speed of 340 km/h is 15km/h higher than that of the 488 Spider.

Ferrari claims the power & performance improvements on the F8 Spider have been brought about by borrowing components from the 488 Pista & the 488 Challenge track-spec model. The F8 Spider borrows its intake line & Inconel exhaust manifolds from the latter. Further weight-saving measures adapted from the 488 Pista mean that the F8 Spider's power unit is lighter than the 488 Spider's by a significant 18kg, of which 9.7kg is contributed alone by the Inconel manifolds. The F8 Spider also gets enhanced handling capabilities, thanks to v6.1 of Ferrari's Side-Slip Angle Control system.

After the F8 Spider, Ferrari is also expected to showcase a roof-less version of the 812 Superfast soon.

The Ferrari V8 claims International Engine of the Year title 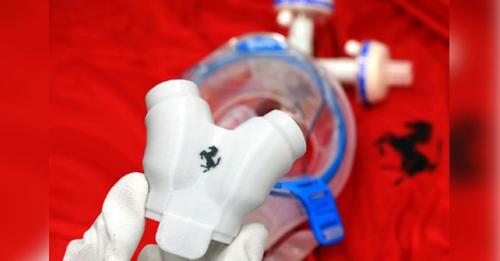