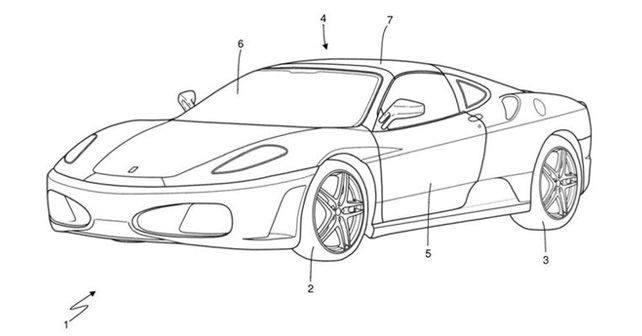 Ferrari has filed for a patent for a new targa roof design.

A new patent has been filed at the European Patent Office from Maranello for an updated targa roof setup. The claims are that it has been designed to reduce aerodynamic turbulence inside the cabin when driving without the roof.

A targa roof design features a single roof panel which can be removed by hand. The roof panel is usually made of plastic to keep it lightweight in order to be easily handled by a single person. The panel latches on to the windscreen frame at the front and a full-width roll bar at the rear positioned behind the cabin with a transparent rear window incorporated at the back as well.

Ferrari has patented the same design, albeit with some design changes to reduce turbulence inside the cabin. In the patent drawings, you can see a protection panel on the rear parcel shelf which are connected to a number of air inlets and vents. As per Ferrari’s theory, the air flows from above the windscreen and sinks into these vents before reaching the rear roll bar. This allows the rear windscreen to be taller than the roll bar in addition to being easy and inexpensive to manufacture. 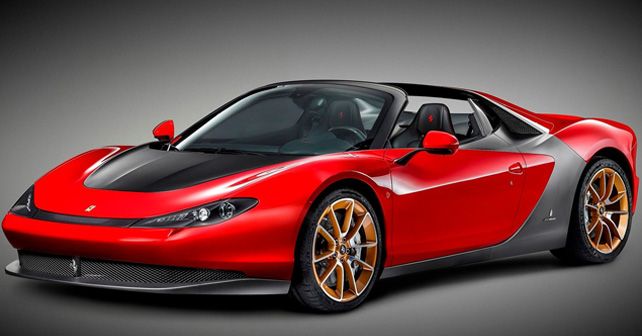 While the last high volume targa roof on a Ferrari was seen back n 1995 on the F355, Ferrari did produce other limited edition models like the 575 Superamerica, LaFerrari Aperta and the J50. Even the Ferrari Pininfarina Sergio, a tribute model to Sergio Pininfarina, also featured a targa style roof.

The filed patent images are based on the out-of-production F430 model, which means that Ferrari doesn’t want to disclose what exactly they are working on, however, our best guess is that it could be a new targa version of the 488.