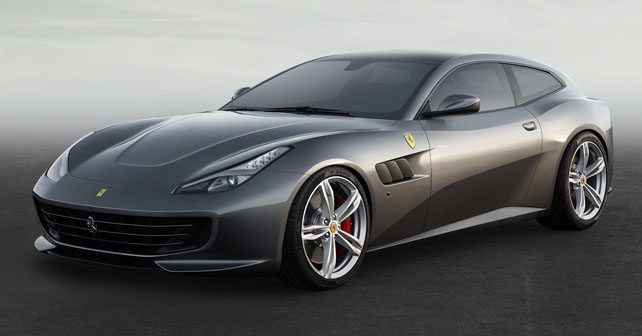 Ferrari reveals the replacement of the FF, the GTC4 Lusso. Highlights include refined exterior styling, four-wheel steering and a more powerful V12.

The Ferrari FF has been rechristened and it’s now called the GTC4 Lusso. Along with the new name, the four-seater grand tourer has also received a mid-cycle improvement. Key updates include some revisions in exterior design, new features and an uprated V12 engine.

The FF is one of the most practical cars to come out of Maranello in modern times. However, it’s also a controversial design that has received divided opinions for its looks. Design wise, the GTC4 Lusso can be described as a refined FF. Changes aren’t that dramatic – there’s a wider grille, redesigned headlamps, new bonnet and re-profiled tail-lamps. Ferrari claims the updates are mostly functional – the intakes on the grille are bigger now, allowing for an improved air flow. At the back, there’s a roof-mounted spoiler and a rear diffuser that make the GTC4 Lusso more aerodynamic than the outgoing FF.

The GTC4 Lusso will retain the naturally aspirated 6.3-litre V12 petrol engine of the FF, albeit it has been uprated to produce 681bhp – an improvement of 30bhp. The peak torque is also up from 683Nm to 697Nm. Power reserves from the engine are channeled to all-four wheels via a seven-speed dual-clutch automatic transmission. All of this helps the GTC4 Lusso clock a 0-100km/h run in 3.4 seconds – three-tenths quicker than the FF. Top speed is still the same at 335km/h. 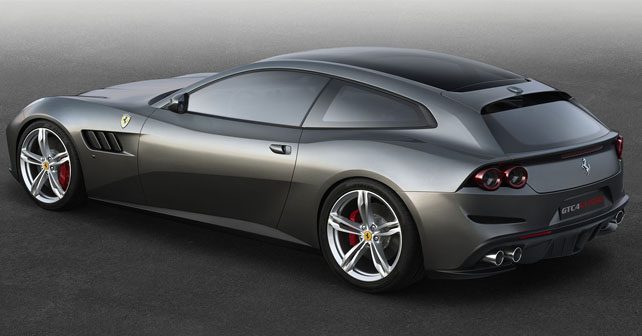 There aren’t any other significant mechanical revisions on the car, save for the addition of a four-wheel drive steering system. Inside, the cabin comes with a new 10.25-inch HD touchscreen while there’s an optional display on the centre console with engine readout to keep the front-seat passenger engaged.

The Ferrari GTC4 Lusso will make its debut at the 2016 Geneva Motor Show in March.