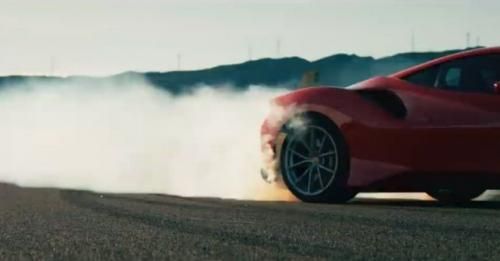 New thrills are about to come, claims Ferrari.

Supercar maker Ferrari, on its official Facebook page, has teased an upcoming track-focused car, which is very likely the long-rumoured 488 GTO.

The official teaser video shows super quick glimpses of the car, making it hard to clearly see any specific design element. Whie the GTO suffix still remains unconfirmed, the upcoming supercar is surely a hardcore derivative of the 488 GTB, similar to what the 458 Speciale was to 458 Italia.

Compared to the GTB, Ferrari is expected to grant more mechanical force to this new version by tuning the former’s twin-turbo V8 to extract somewhere in the neighbourhood of 700 horsepower. Rumours suggest that Ferrari might add some form of performance-boosting electric aid as well.

Keeping in mind that the track-focused versions of supercars highly prioritise weight savings, we expect the GTO’s kerb weight to lower than that of GTB’s. Considering what Ferrari did with the 458 Speciale, expect the GTO to get no sound insulation for the engine bay, lighter brakes and wheels, thinner windscreen and windows and probably even more.

While no official reveal date has been confirmed, the teaser comes just a few weeks before the 2018 Geneva Motor Show, which should definitely get Ferrari enthusiasts pumped!

New thrills are about to come. #Ferrari

New thrills are about to come. #Ferrari