First unit of the MG Hector rolls off the production line in Halol, Gujarat 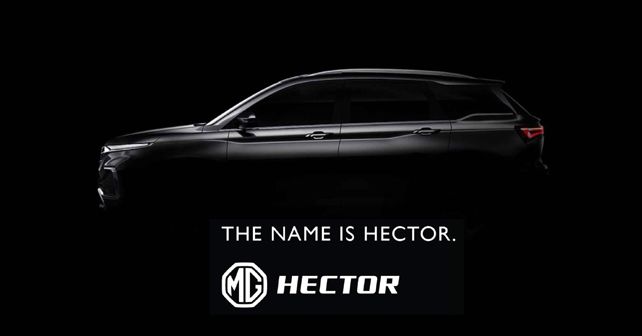 The MG Hector has officially entered production prior to its complete reveal on May 15th. It’s expected to be launched in India sometime next month.

With its June 2019 launch closer than ever and a full reveal due to take place on 15th May, the MG Hector has officially entered production at the brand's Halol facility in Gujarat. MG Motor India will begin dispatching the production units to its dealer network within the coming few weeks and the plant will kick off operations at an initial capacity of 80,000 units per annum. As of now, MG plans on opening 65 showrooms across 50 Indian cities, which will start accepting pre-orders for the Hector in June. Folks at MG Motor India have also told us that prior to entering production, the Hector has undergone nearly a million kilometres of testing across India to become best suited to customer preferences here. 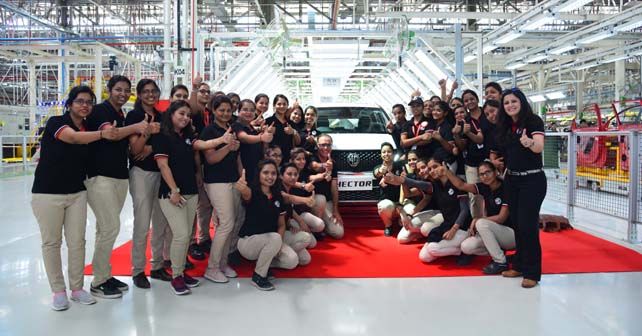 'We are proud to be rolling out the first made in India, feature-rich internet car, the MG Hector, from our all-new assembly line in Gujarat. Adopting the highest quality global manufacturing standards, the Hector has been specially customised to suit Indian customer preferences and road conditions. The MG Hector is poised to become a new benchmark in SUVs,' said Rajeev Chaba, President & MD at MG Motor India.

As reported before, the MG Hector will be touted as India's first connected car and will feature MG's next-gen iSMART technology. Some of the highlights of this iSMART system include an Airtel-powered embedded Machine-to-Machine (M2M) eSIM card and the ability to receive Over-The-Air (OTA) updates for the car's numerous features and main infotainment software. While we do not have confirmed details about the Hector's mechanical specs, reports suggest that it'll likely be powered a 2.0-litre diesel mill and a 1.5-litre turbo petrol motor.

MG Motor India will reveal the car in its entirety on May 15th and, hopefully, we'll have a confirmed launch date by then as well. 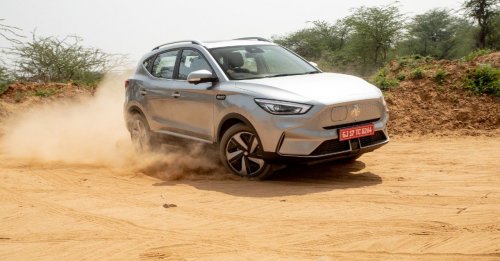