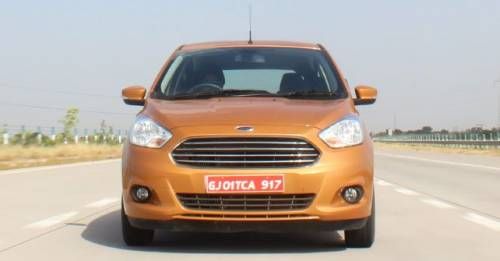 With the Aspire already launched earlier this month, Ford is all set to bring in the face-lifted Figo too

As cars near the end of their life-cycle and have a face-lift coming in soon, manufacturers usually offer heavy discounts to clear existing stock. Interestingly, while Ford has reduced the number of units they are producing and dispatching from the plant, dealerships aren’t offering any discounts on the Figo.

The Ford Figo face-lift is expected to have a bunch of exterior and interior changes. Up front, it will get a honeycomb mesh grille in place of the four-slat Aston Martin-inspired one. The bumper will be redone too. Expect the top-spec variants to sport new alloy wheels. At the back too, bumper and taillights will be re-profiled. Just like the refreshed Aspire, the Figo too will come with a 6.5-inch touchscreen infotainment unit with Ford’s SYNC 3 tech. This system will also offer Apple CayPlay and Android Auto.

The biggest change, however, will be the new 1.2-litre naturally aspirated petrol motor. This Dragon series mill will be the same one that powers the Aspire too. Expect it to develop identical 95bhp and 120Nm. This engine will come paired with a newly developed 5-speed manual transmission. The petrol automatic variant will also come with the new 1.5-litre Dragon motor from the EcoSport. This 3-cylinder mill develops 121bhp and 136Nm, making it the most powerful offering in its class. The Figo face-lift will also be offered with the same diesel motor as the existing model. The 1.5-litre oil burner pushes out 99bhp and 215Nm.

Expect the Figo to be launched in early 2019. If the Aspire is anything to go by, the Figo is likely to be priced around the same price as the current model. The Figo is currently priced between Rs 5.62 lakh to Rs 8.25 lakh (ex-showroom Delhi).