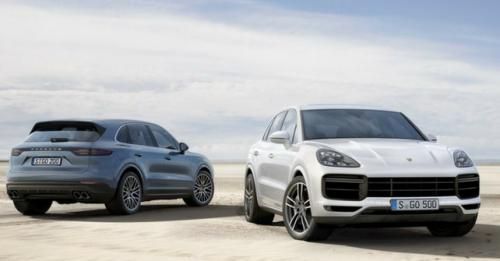 The 550bhp Porsche Cayenne Turbo has been unveiled alongside the regular third generation Cayenne models.

The third generation model of the Porsche Cayenne Turbo has made its global debut at the Frankfurt Motor Show, 2017. The Turbo model flaunts the beefiest power figures in the latest Cayenne range.

A 4.0-litre, twin-turbo V8 petrol motor sits under the Cayenne Turbo’s hood, producing 550bhp of power and 770Nm of torque - which outclass the second generation Cayenne Turbo’s figures by 30bhp and 20Nm respectively. Also, a new 8-speed Tiptronic S automatic gearbox replaces Porsche's PDK on this new model. The new Cayenne Turbo accelerates from 0-100km/h in 4.1 seconds (3.9 seconds with the Sport Chrono Package) and reaches a top speed of 286km/h.

Porsche claims that the new lightweight chassis of the Cayenne Turbo combines the best of three worlds - the precision of a sports car, the comfort of a saloon and the adaptability of an off-road vehicle. Porsche has introduced the concept of the mixed tyres with standard dimensions of 285/40 R21 at the front and 315/35 R21 at the rear, which comes from sports car construction to produce better longitudinal and lateral power transmission in the new Turbo. 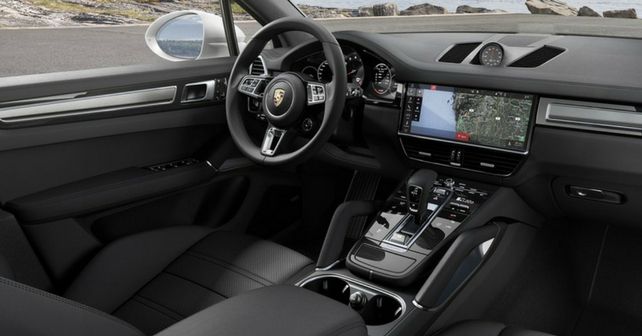 The new Porsche Cayenne Turbo also gets an exclusive exterior treatment to visually differentiate it from the less powerful models. The most pronounced change lies at the front, where the grille and bumper arrangements are completely different from the other Cayenne models - and will mostly likely divide opinions. The rear houses new quad exhaust pipes, while there are exclusive 21-inch wheels.

On the inside, the drivers and passengers get sports seats with 18-way adjustment. The integrated headrests are a new feature and are also reminiscent of the Porsche 911. All seats and the multifunction sports steering wheel get a bespoke Turbo design, and are heated as standard. Virtually, all the vehicle functions of the new Turbo can be displayed and operated using the high-resolution display and touchscreen of the Porsche Advanced Cockpit.