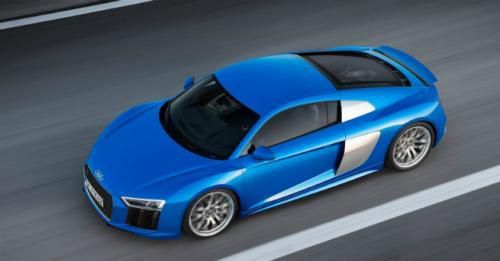 This will be the first ever rear-wheel drive Audi R8

Audi recently released a short teaser video that hints at the official unveiling of a rear-wheel drive R8 at the Frankfurt Motor Show later this week. The video shared by the Ingolstadt-based brand on their Instagram page shows an R8 performing donuts with an IAA hashtag in the description. Although Audi hasn’t had a rear wheel drive R8 on offer, sister brand Lamborghini has been offering the rear-wheel drive Huracan. Audi will be making use of the technology from the Lamborghini for the R8 RWD.

Powering the Audi R8 RWD will be a 5.2-litre V10 motor that makes peak power of 532bhp. This is the same engine that works force in the standard R8. Audi doesn’t sell the standard R8 in India though, just the top-spec R8 V10 Plus. Interestingly, so far, only being offered with the Quattro system was what set the Audi R8 apart from the Lamborghini Huracan. But with the introduction of the RWD, both manufacturers will now offer identical drivetrains, albeit to marginally different clientele.

If the video shared on Instagram is anything to go by, the livery on the body suggests that Audi is likely to introduce the R8 RWD as a special edition model. While in the global market, the R8 RWD will be the fifth variant of the supercar, there is still no news about it making its way to Indian shores. That being said, Audi is scheduled to bring in the R8 Spyder to India later this year. Meanwhile, aside from the R8 RWD, Audi is also expected to showcase the RS4 Avant and some autonomous concepts at the 2017 Frankfurt Motor Show.