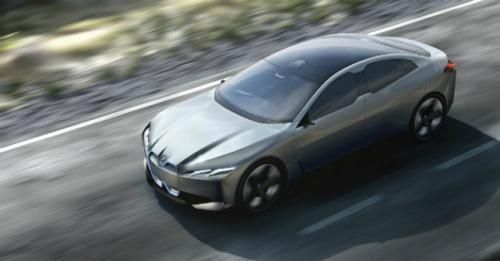 Unveiled at the 2017 Frankfurt Motor Show, the iVision Dynamics Concept will form the basis for an all-electric coupe with a range of 600km.

Germany, France, and the UK have already announced a complete shift to electric vehicles in the future. It is no wonder that this year’s Frankfurt Motor Show has electric mobility written all over it. With cars like the i3 and the i8, we have seen BMW supporting electric mobility and with their recent unveiling of the iVision Dynamics Concept, it is clear that they intend to expand their portfolio further. In fact, the Munich-based car maker announced that they will launch as many as 25 electrified vehicles by 2025. 12 of these, are likely to be all-electric offerings.

The BMW iVision Dynamics is expected to go into production soon and will slot between the i3 hatchback and the i8 sports car. The company says that the iVision Dynamics Concept can accelerate from standstill to 100km/h in less than 4 seconds and record a top-speed of over 200km/h. More importantly, it's claimed 600km range will make this 4-door Gran Coupe one of the most practical all-electric offerings out there. In terms of design, it gains its inspiration from the BMW Vision Next 100 showcased last year. While the iVision Dynamics Concept cannot be mistaken for anything else but a BMW, certain design feature set it apart from the regular car models. If the car’s electric nature is not clear from the sheer absence of vents up front, the blue highlights around the grille and at the back leave little to the imagination. Despite being a coupe, BMW says that the iVision Dynamics will not feel cramped with regards to head room. When the iVision Dynamics Concept will make it into production, it may be badged as an i5. With this new offering, BMW intends to take the fight to the Tesla Model S.