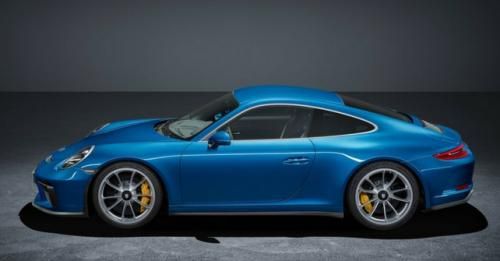 The 911 GT3 Touring Package is positioned to be a more road friendly iteration of the standard GT3, with some subtle changes.

Porsche has taken the wraps off the 911 GT3 Touring Package during the Frankfurt Motor Show, 2017. This avatar of the 911 is positioned as a more practical alternative to the track-focused GT3, while still retaining the latter’s made-for-purists character.

As a result, the 911 GT3 Touring Package combines design elements from both GT3 and the standard 911 - just like the limited-run 911 R. Up front, the car features the same bumper with massive air damps from the standard GT3, while the rear is more subtle - and gives the massive wing a miss. However, unlike the 911 R, the GT3 Touring Package won’t have any production cap.

There are other subtle changes inside and out over the standard GT3, which includes a different tail light pattern, less extensive use of alcantara, different materials for the upholstery and separate interior hues. 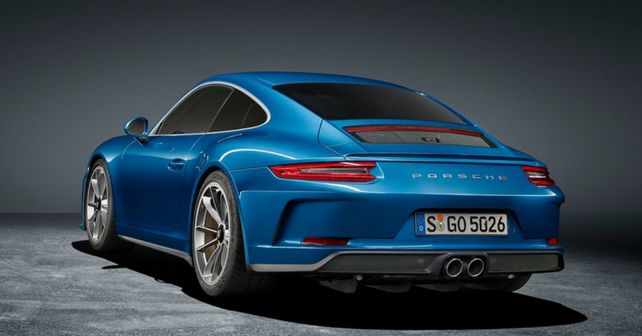 With most of the 911 lineup going turbocharged post its recent facelift - the GT3 Touring Package serves as one of the last 911s still rocking a naturally aspirated flat-six motor. This 4.0-litre engine makes 493 horses and 460Nm - and revs all the way up to 9000rpm! Power is fed to the rear wheels via a good old 6-speed manual gearbox with a mechanical locking differential. It takes 3.9 seconds to sprint to 100km/h from a standstill.

Superior handling prowess is expected from a Porsche carrying the ‘GT3’ tag, and therefore Porsche’s rear-wheel steering comes as standard - which steers the rear wheels in the opposite direction as the front wheels to aid agility at lower speeds. At higher speeds - it steers the rear wheels in the same direction as the front ones to enhance longitudinal stability.